Irony aside, the growth of income (trough to peak) during so-called ‘economic expansions’ has changed… and President Obama’s “recovery” is the worst of the lot… 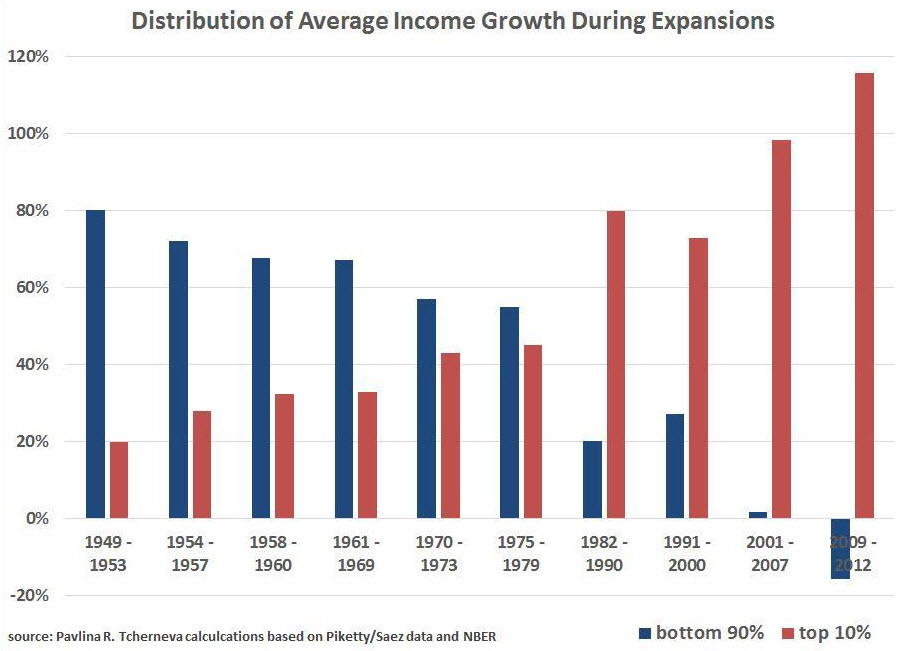 A reminder of the irony… One can read 696 page neo-Marxist tomes “explaining” inequality in a way only an economist could – by ignoring the untold destruction economists themselves have unleashed on society with their “scientific theories” (and providing a “solution” to the inequality problem which we warned readers was coming back in September of 2011) or one can read the following 139 words by Elliott’s Paul Singer which in two short paragraphs explains everything one needs to know about America’s record class inequality, including precisely who is the man responsible:

2 thoughts on “Next Time Obama Boasts About The “Recovery”, Show Him This Chart”