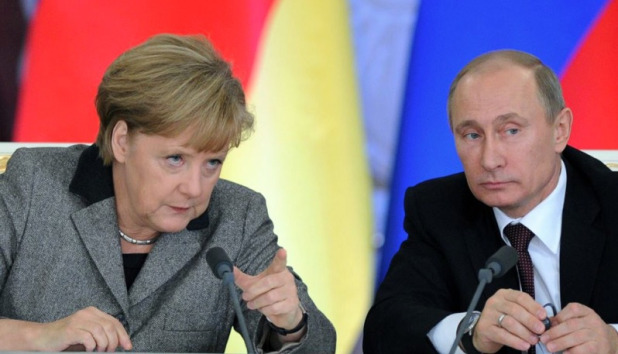 Financial analyst Jim Willie sensationally claims that Germany is preparing to ditch the unipolar system backed by NATO and the U.S. in favour of joining the BRICS nations, and that this is why the NSA was caught spying on Angela Merkel and other German leaders.

In an interview with USA Watchdog’s Greg Hunter, Willie, a statistical analyst who holds a PhD in statistics, asserted that the real reason behind the recent NSA surveillance scandal targeting Germany was centered around the United States’ fear that Europe’s financial powerhouse is looking to escape from an inevitable dollar collapse.

Earlier this month, the BRICS nations (Brazil, Russia, India, China and South Africa), announced the creation of a new $100 billion dollar anti-dollar alternative IMF bank to be based in Shanghai and chaired by Moscow.

Putin launched the new system by saying it was designed to, “help prevent the harassment of countries that do not agree with some foreign policy decisions made by the United States and their allies,” a clear signal that Russia and other BRICS countries are moving to create a new economic system which is adversarial to the IMF and the World Bank.

Offering an insight into the attitude of the western elite towards Russia, comments made by the likes of former US ambassador to Iraq Christopher R. Hill suggest that Moscow is increasingly being viewed as a rogue state. Back in April, Hill said that Russia’s response to the Ukraine crisis meant that Moscow had betrayed the “new world order” it has been a part of for the last 25 years.

In another sign that BRICS nations are moving to create an entirely new multi-polar model adversarial to the west, the five countries are also constructing an alternative Internet backbone which will circumvent the United States in order to avoid NSA spying.

Willie also ties the Germany’s move into last week’s shoot down of Malaysia Airlines Flight 17, which has been exploited by the U.S. and Britain to push for more stringent sanctions on Russia despite the fact that they have had little effect so far and only appear to be harming the trade interests of countries in mainland Europe.

“Here’s the big, big consequence. The U.S. is basically telling Europe you have two choices here. Join us with the war against Russia. Join us with the sanctions against Russia. Join us in constant war and conflicts, isolation and destruction to your economy and denial of your energy supply and removal of contracts. Join us with this war and sanctions because we’d really like you to keep the dollar regime going. They are going to say were tired of the dollar. . . . We are pushing Germany. Don’t worry about France, don’t worry about England, worry about Germany. Germany has 3,000 companies doing active business right now. They are not going to join the sanctions—period.”

3 thoughts on “Germany Looking To Join The BRICS”