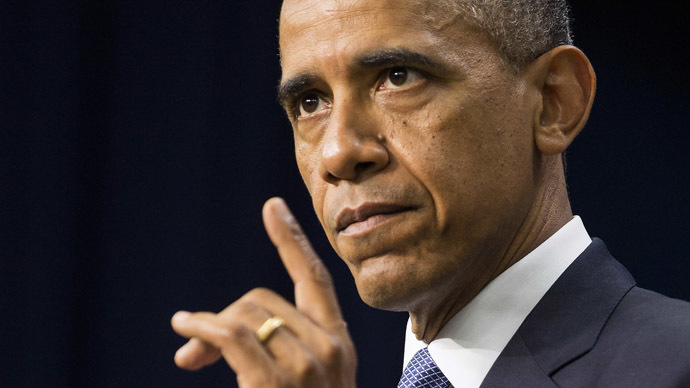 The United States is reportedly preparing to send a team of military advisers into Ukraine to assist with revamping forces there in the midst of the ongoing crisis between government-loyal troops and an anti-Kiev militia.

On Tuesday this week, the Washington Times reported that a spokesperson for the US Department of Defense confirmed plans to put Pentagon advisers in Ukraine.

“Within the next few weeks, a group of Defense Department representatives who specialize in strategy and policy will head to Kiev to evaluate specific programs that the United States may want to help bolster,” reporter Maggie Ybarra wrote for the Times.

The newspaper says that Army Col. Steve Warren, a spokesperson for the Pentagon, told the Times that the objective of sending DoD advisers overseas is to “shape and establish an enduring program for future US efforts to support the Ukrainian military through subject-matter expert teams and long-term advisers.”

RT reported previously back in early June that US military advisers were being offered to Kiev “to help Ukraine build highly effective armed forces and defense institutions” and to “shape and establish an enduring program for future US efforts to support the Ukrainian military through training, education and assistance.”

Last month’s announcement came after the White House approved more than $23 million security assistance to Ukraine in a matter of weeks. As the crisis in eastern Ukraine intensifies, however, particularly in the aftermath of last week’s tragic plane crash that cost the lives of nearly 300 civilians, the US is once again reportedly offering assistance, this time by way of providing Pentagon advisers.

“Clearly, we have an interest in what happens in Ukraine and it’s far better to have an idea of where we can maximize any support we are willing to provide,” Rep. Duncan Hunter (R-California) told the Times this week.

“It’s important to keep in mind that one of the reasons we’re sending people over there now to help them establish enduring programs is because they don’t have enduring programs,” one defense official told the paper on condition of anonymity. “So two months ago, when they generated their request list, that list wasn’t a result of a well-established defense strategy.”

On Wednesday this week, The Daily Beast went even further by alleging that those earlier requests made by Kiev to the Pentagon were for “sensitive equipment to jam the radars that Russian anti-aircraft systems use to lock their missiles on planes.”

According to Eli Lake at the Beast, a former senior US official said on condition of anonymity that Kiev officials last month specifically “requested the radar jamming and detection equipment necessary to evade and counter the anti-aircraft systems Moscow was providing the country’s separatists.”

Col. Warren, the Pentagon official who confirmed to the Times that DOD advisers were being sent abroad, told the Beast that “The Ukrainian government has requested support, but we’re not going to detail the types of support they have requested.”