It may be back to square 1 for Obamacare.

As the Hill reports further, the D.C. Circuit Court of Appeals said the Affordable Care Act does not permit the IRS to distribute premium subsidies in the federal ObamaCare exchange, meaning those consumers must bear the full cost of their insurance.

But… they said socialism is for the greater good!? 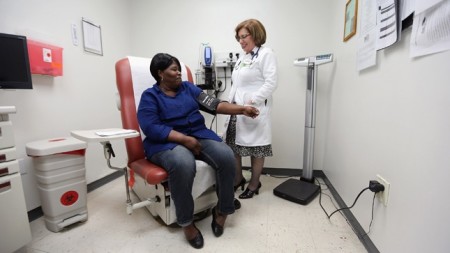 The 2-1 decision by the three-judge panel in Halbig v. Burwell sets up a major legal showdown that conservatives believe could deal a fatal blow to President Obama’s healthcare law.

And here is where the government’s appeal process is sure to benefit from the NSA’s treasure trove of dirt on all those judges who dared to throw a spike in the suboptimally greased wheels of government wealth redistribution:

The government is expected to appeal the ruling to the full D.C. Circuit, but even if the administration triumphs there, the case appears destined for the Supreme Court.

The appeals court’s decision tossed out the ObamaCare subsidies on the grounds that the statutory language of the Affordable Care Act does not explicitly allow enrollees on the federal exchanges to receive premium tax credits.

“Because we conclude that the ACA unambiguously restricts the section 36B subsidy to insurance purchased on Exchanges ‘established by the State,’ we reverse the district court and vacate the IRS’s regulation,” the court said.

Previous courts rejected that argument, saying Congress’s clear intent was to provide the subsidy help to everyone in the system.

And now, the time for a diversionary war has clearly come.