Here’s an excerpt from the piece:

Since terrorists attacked the United States on Sept. 11, 2001, victims’ loved ones, injured survivors, and members of the media have all tried without much success to discover the true nature of the relationship between the 19 hijackers – 15 of them Saudi nationals – and the Saudi Arabian government. Many news organizations reported that some of the terrorists were linked to the Saudi royals and that they even may have received financial support from them as well as from several mysterious, moneyed Saudi men living in San Diego.

Saudi Arabia has repeatedly denied any connection, and neither President George W. Bush nor President Obama has been forthcoming on this issue.

But earlier this year, Reps. Walter B. Jones, R-N.C., and Stephen Lynch, D-Mass., were given access to the 28 redacted pages of the Joint Intelligence Committee Inquiry (JICI) of 9/11 issued in late 2002, which have been thought to hold some answers about the Saudi connection to the attack.

“I was absolutely shocked by what I read,” Jones told International Business Times. “What was so surprising was that those whom we thought we could trust really disappointed me. I cannot go into it any more than that. I had to sign an oath that what I read had to remain confidential. But the information I read disappointed me greatly.”

The public may soon also get to see these secret documents. Last week, Jones and Lynch introduced a resolution that urges President Obama to declassify the 28 pages, which were originally classified by President George W. Bush. It has never been fully explained why the pages were blacked out, but President Bush stated in 2003 that releasing the pages would violate national security.

Naturally, the so-called “most transparent Administration in history” hasn’t declassified anything, but that didn’t stop Rep. Thomas Massie, R-KY from reading them. What he saw was so incredibly disturbing he called a press conference to talk about it.

This is what he had to say:

That’s three members of Congress that I know of who have come out shell-shocked upon reading this document. So why can’t the American public see it? 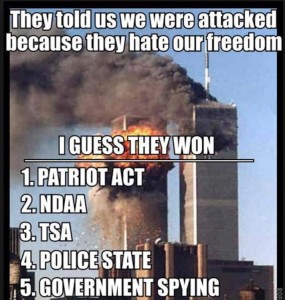 And let me add this:

7. A flood of executive orders. Here is an example: 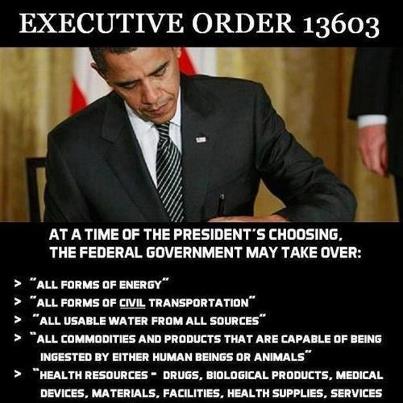 2 thoughts on “‘I Was Absolutely Shocked At What I Read,’ Congressman Calls For Release Of Secret 9/11 Documents (MUST-WATCH VIDEO)”