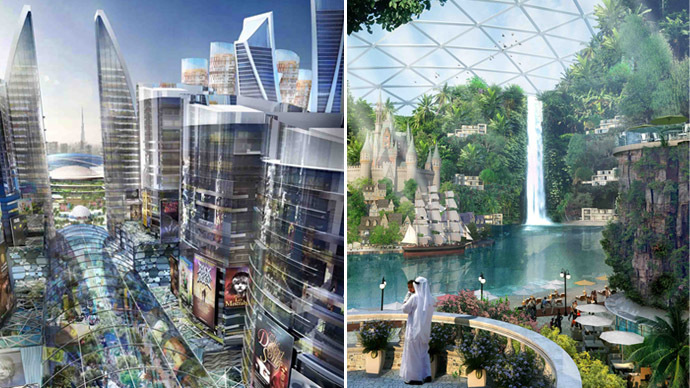 Dubai has announced plans to build the first climate-controlled city on the planet. The area, constructed under a huge glass dome, will accommodate the world’s largest shopping center, over 100 hotels, and a wellness district for medical tourists.

The city of Dubai is the most populous in the United Arab Emirates, and the second-largest emirate by territorial size. Though it is a popular tourist spot, many are deterred from visiting due to the city’s scorching heat, with temperatures reaching 113 degrees Fahrenheit (45 degrees Celsius) in the summer.

UAE Vice President, Prime Minister and Ruler of Dubai Sheikh Mohammed confirmed plans for the world’s first temperature-controlled city, named ‘Mall of the World,’ in early July. The city will be made “to enhance Dubai’s tourist infrastructure as soon as possible,” he said. 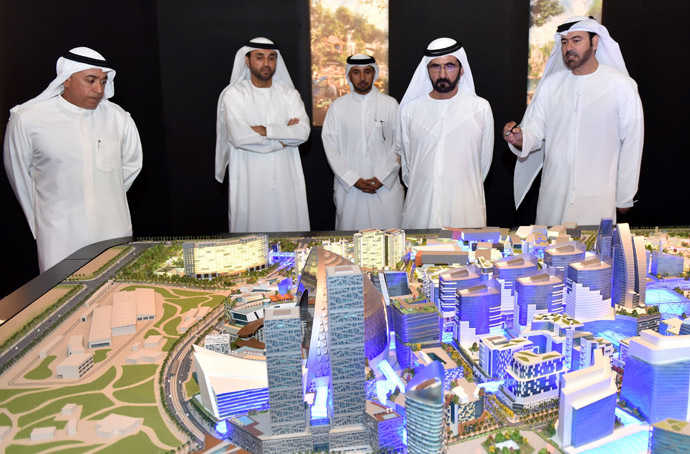 The needs of visitors and residents of the Gulf state will be catered for in the 48 million square foot area – no matter what the outdoor conditions happen to be at the time.

To control its climate, the area will be covered by a single glass dome, which will be open during the winter months.

According to Dubai Holding, the Sheikh’s property arm, “tourists will be able to enjoy a week-long stay without the need to leave the City or use a car. The 7 km (4.3 miles) long promenades connecting all facilities will be covered during the summer and open during the winter, ensuring pleasant temperatures throughout the year.” 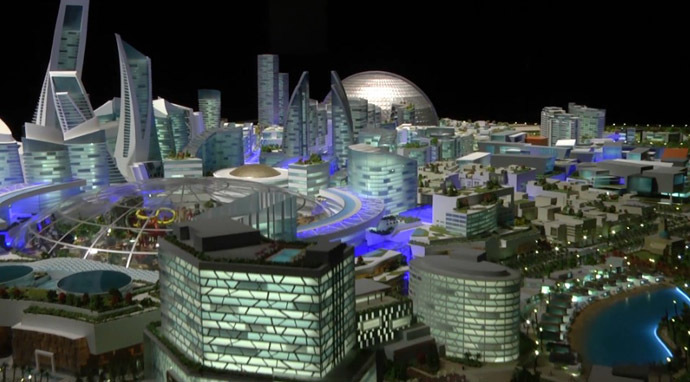 The project will feature the world’s largest mall and indoor park, as well as a theater area and wellness resorts. It will have the capacity to host over 180 million visitors annually.

The shopping area will be connected to 100 hotels and serviced apartment buildings, with a temperature-controlled covered street network between them. 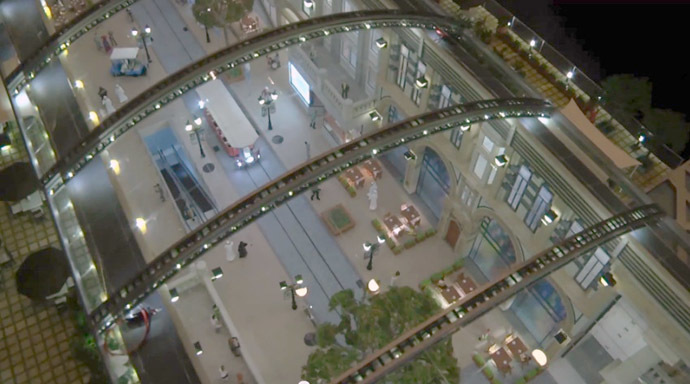 There will also be a “cultural district,” modeled on London’s West End and New York’s Broadway theaters, and a “celebration walk” designed in the style of La Rambla in Barcelona. “Seven-star wedding halls and services” will be available for those who fancy tying the knot while avoiding the heat.

Some have already joked about the city’s future three million square foot “wellness district,” saying it is being designed for those who shop not only for new outfits, but also for new bodies.

According to the project’s press release, the domed wellness area “will offer a holistic experience to medical tourists and their families, ensuring access to quality healthcare, specialized surgical procedures and cosmetic treatments.” 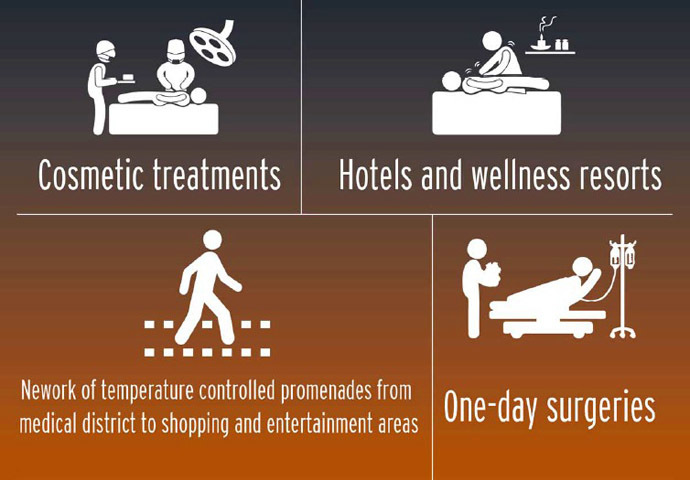 The Mall of the World has raised concerns among environmentalists, as the project – which aims to cool down its own temperatures – may actually add to global warming. Such large climate-controlled facilities are known to consume a lot of energy, and are responsible for a large amount of carbon emissions.

But the chief executive officer of Dubai Holding, Ahmad Bin Byat, said “the project will follow the green and environmentally friendly guidelines of the Smart Dubai model. It will be built using state-of-the-art technology to reduce energy consumption and carbon footprint, ensuring high levels of environmental sustainability and operational efficiency.”

It is not yet clear when the construction of the project will start, but the chief executive told Reuters that the structure will need about 2.5 billion dirhams (over US$680 million) “every year for the next 10 years.” 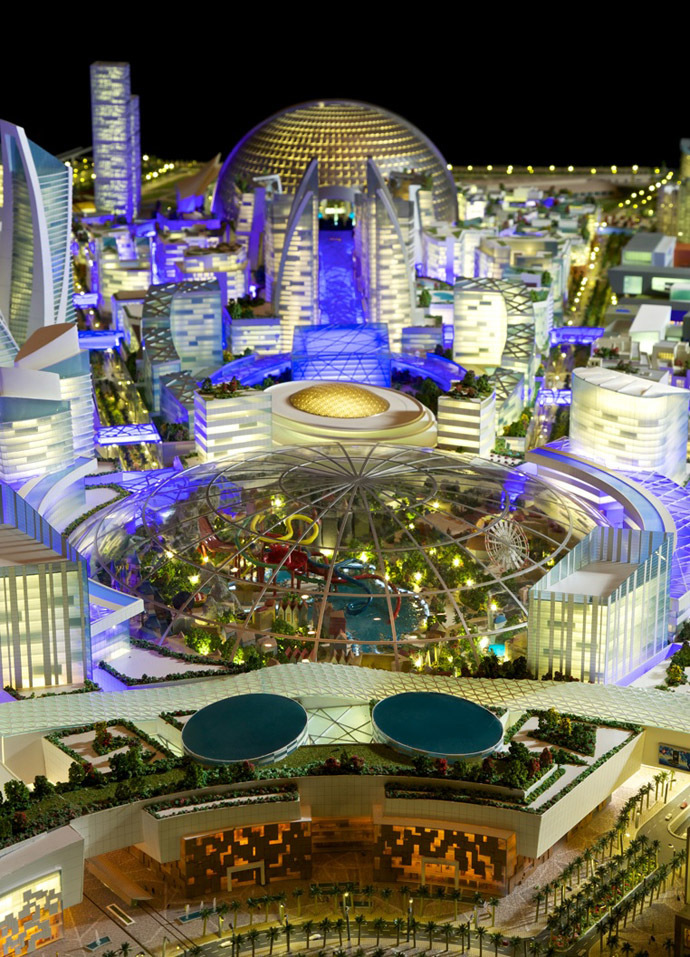 Dubai is already home to the world’s tallest man-made structure – the 2,722 ft tall Burj Khalifa building – which houses the Dubai Mall, one of the world’s largest shopping malls. Once completed, the announced climate-controlled project will be four times bigger than the Dubai Mall.