Pope Francis has apologized for the sexual abuse of children by Catholic clerics. The pontiff expressed his regrets for the Church’s ‘sin’ at a meeting with a group of victims of abuse – the first time a pope has met such a group inside the Vatican.

The Pope had a private morning Mass with six adult Catholics – two Irish, two Brits and two Germans – who were sexually abused by clergy, on Monday. He delivered a speech in what has been called “the strongest words ever.”

“I ask for the grace to weep, the grace for the Church to weep and make reparation for her sons and daughters who betrayed their mission, who abused innocent persons,” the Pope said.

He begged forgiveness for the Church’s sexual abuse that – in his words – had become “a sacrilegious cult” that profaned God: “It is something more than despicable actions. It is like a sacrilegious cult, because these boys and girls had been entrusted to [priests] in order to be brought to God.”

“The sins of clerical sexual abuse against minors have a toxic effect on faith and hope in God,” he added.

The pontiff apologized not only for the crime of abuse, but also for the past attitude towards victims’ reports of it, saying the Church’s leaders “camouflaged [it] with a complicity that cannot be explained.”

“I beg your forgiveness, too, for the sins of omission on the part of Church leaders who did not respond adequately to reports of abuse made by family members, as well as by abuse victims themselves,” he said.

Pope Francis admitted that the abuse could be “a source of deep and often unrelenting emotional and spiritual pain, and even despair,” as a result of which “some have even had to deal with the terrible tragedy of the death of a loved one by suicide.” He said those deaths “weigh upon the heart and my conscience.”

A Vatican spokesman said the Pope also greeted the six victims at a dinner on Sunday evening. The pontiff thanked them for their “courage” in speaking up, since “it shed light on a terrible darkness in the life of the Church.”

After Francis delivered his homily to the group of six people – at a meeting closed to the media – he also spoke to all of them individually at a gathering that lasted nearly four hours.

The Vatican did not release the names and ages of the victims, but they were believed to be in their 30s and 40s. One victim, Marie Kane, 43, of Ireland, told the Irish Times that she told the Pope that “the cover-up is still happening and you have the power to make these changes.”

Some abuse survivors not present at the meeting in Vatican, said the move won’t ease complaints that the Church has failed to punish those clerics who covered up the abuse of minors.

Anne Doyle of BishopsAccountability.org, a US based documentation center on abuse in the Catholic Church, said the Pope should quickly follow up with “several core actions” to show that the meeting is not merely ceremonial.

Other victims groups welcomed the meeting, but said it should have taken place long ago.

Starting in 2008, during his pontificate Pope Benedict met with abuse victims several times, but none have been invited to the Vatican before.

Sexual abuse scandals have long haunted the Catholic Church. About 10 years ago it became a major issue in the US, where the Church paid $2.5 billion in compensation to victims. Many cases have also been reported in local churches in Europe, including Ireland, Germany and Belgium.

The Vatican says 3,420 credible accusations of sexual abuse by priests had been referred to it in the past 10 years, and 824 clerics have been defrocked.

One of the most recent cases involved the Vatican’s former ambassador to the Dominican Republic, an archbishop from Poland. Jozef Wesolowski, 65, was accused of sexually abusing boys while he served as the pope’s representative in the Caribbean nation. The case marked the first time a papal nuncio was known to have been removed from the priesthood because of sexual abuse accusations. 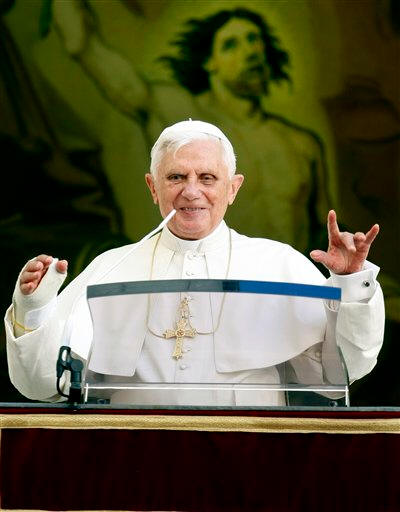