Those following the labor force participation rate (which as even the Census Bureau showed is declining not so much due to demographics but due to older people working longer and pushing younger people out of the labor force as we showed yesterday) will hardly be surprised to learn that alongside today’s impressive NFP print, the reason why the unemployment rate took another big step lower from 6.3% to 6.1%, was once again as a result of the number of people not in the labor force, which in June rose to a fresh record high of 92,120K, up 111K from June. 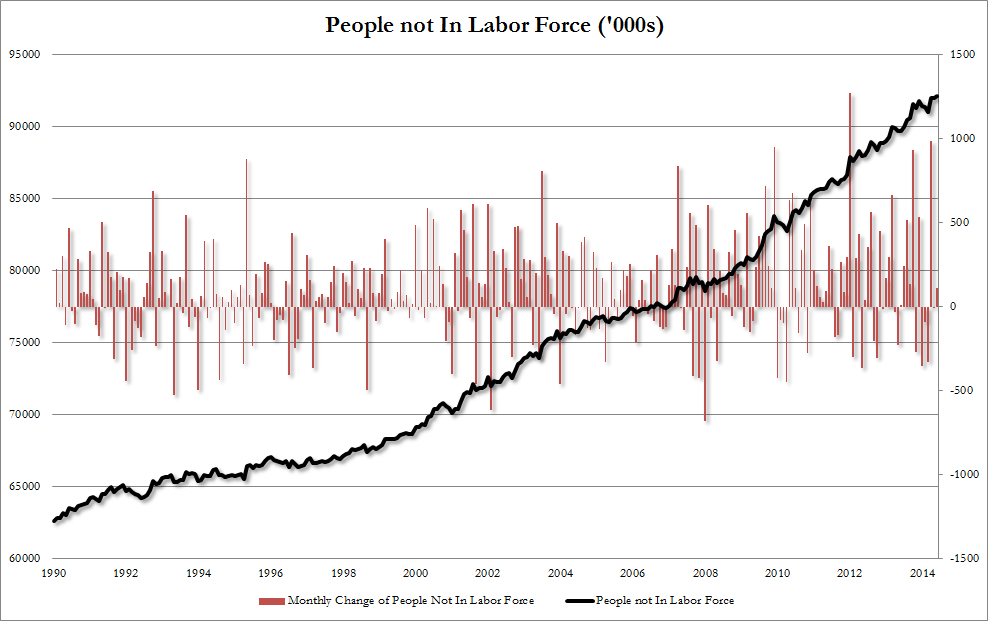 The civilian employment to population ratio remained at cycle lows, if rising modestly from 58.9% to 59.0% 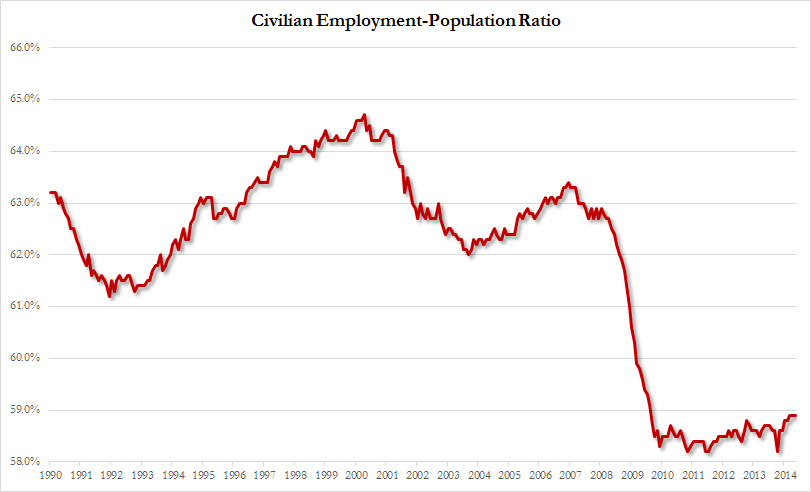 As a result, the labor force participation rate remained flat at 62.8%, matching the lowest print since 1978. 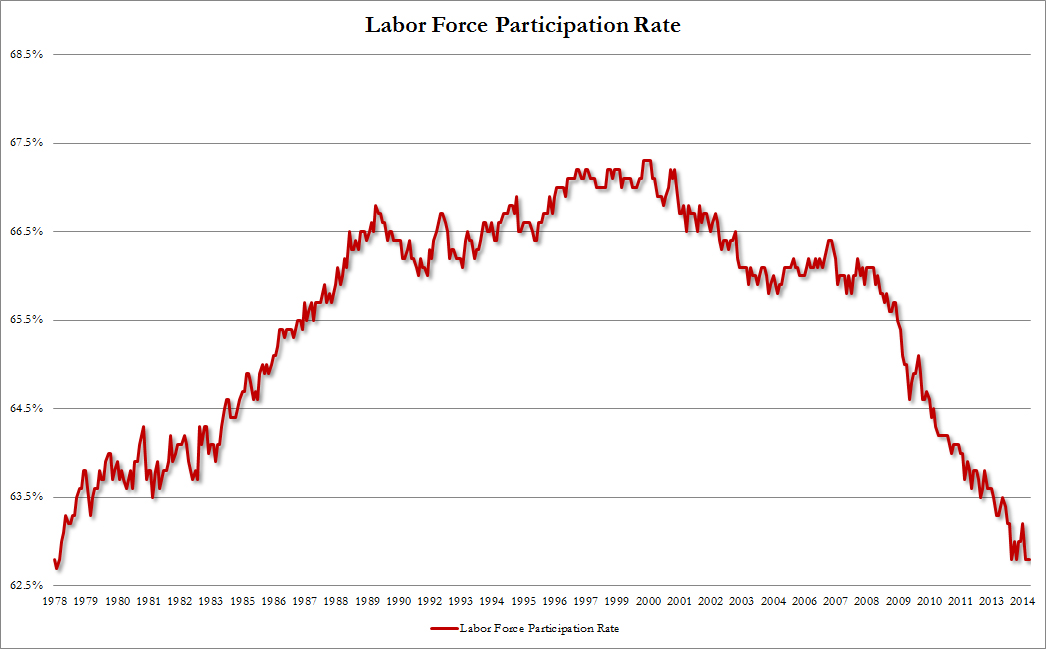