McDonald’s is quietly testing an order-ahead and mobile payment app at a tiny handful of its more than 14,000 U.S. locations.

The pilot is limited to 22 locations in the Columbus, Georgia area. Called “McD Ordering,” the app links to a credit or debit card, which is automatically charged when a customer arrives and scans a QR code displayed at the restaurant.

The phone then displays the customer’s order number. Once everything’s ready, the customer picks up food and drinks — without waiting in a line or interacting with a cashier.

Here’s a tutorial from the app, which is listed in the iOS and Android stores, but has yet to be publicly announced: 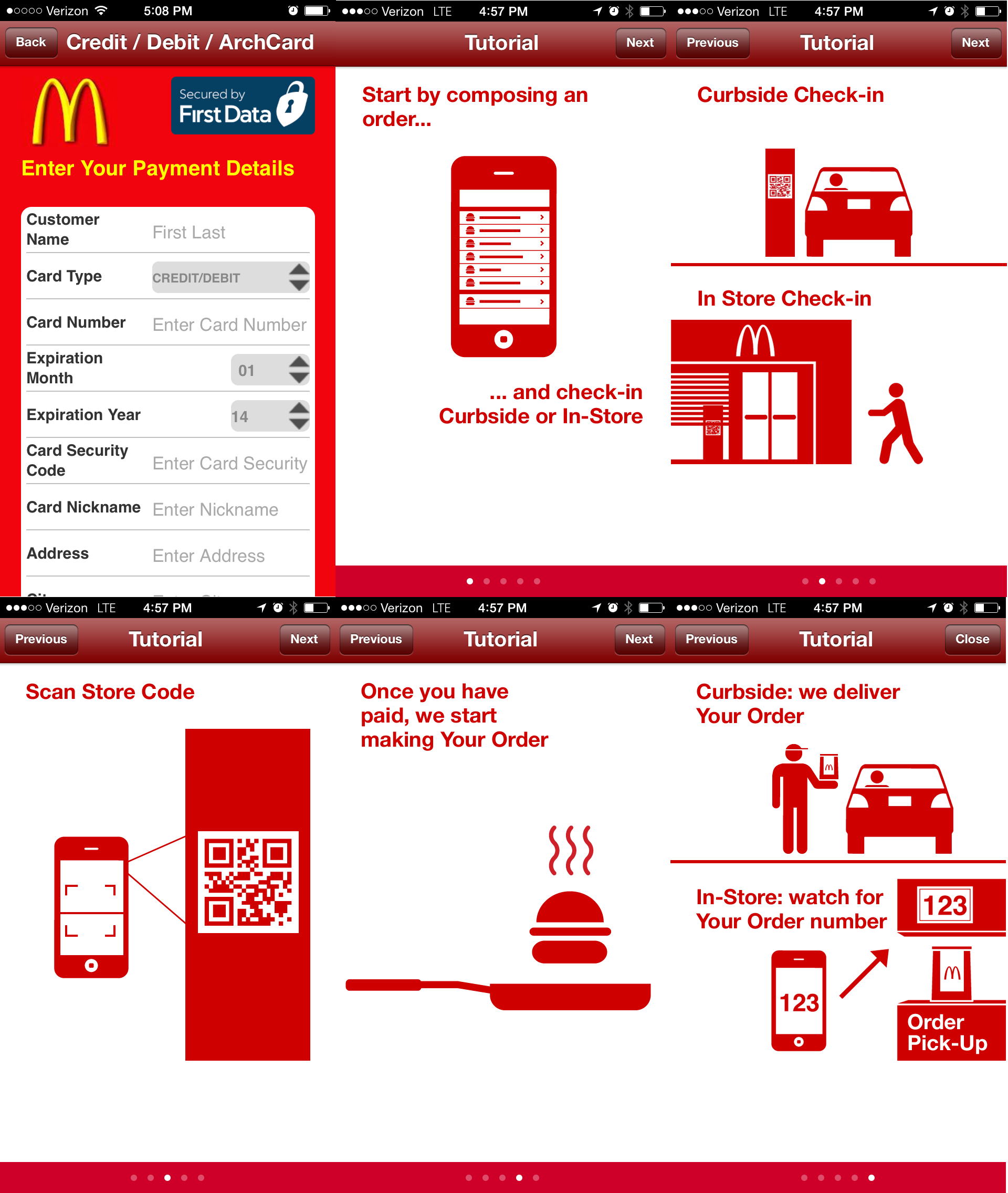 A tutorial from the ‘McD Ordering’ App.

Around 10 customers a day have been using the test app at one participating McDonald’s franchise, says Gabriel Perez, a shift manager at the location. “We haven’t really advertised it yet, but once we do it’s going to get big,” Perez says. “You don’t have to wait in line.”

McDonald’s has previously rolled out mobile ordering and payment apps in foreign markets, and accepts the contactless Isis mobile wallet at many U.S. locations, but the Georgia pilot marks the U.S. debut of a McDonald’s-branded mobile payments app. A separate McDonald’s app called “McD App” currently serves up coupons and loyalty offers in multiple test markets, though none are in Georgia.

Other quick-service chains have experimented with mobile payment apps with varying success. In April, Starbucks CEO Howard Schultz announced that the coffee chain’s app accounts for 14% of the company’s U.S. in-store payments. Chick-fil-A and Canadian coffee chain Tim Hortons have also recently launched mobile payment apps, but these chains have much smaller footprints compared to McDonald’s or Starbucks.

McDonald’s is more interested in streamlining the customer experience than mobile payments in and of themselves, according to a top company executive who has knowledge of the project but was not authorised to discuss it publicly. The executive believes that the app’s core appeal lies in the ability to save customised orders, and let users skip drive-thru and in-store lines.

McDonald’s also stands to benefit from the transaction data the the McD Ordering app collects. Combining the couponing and payment apps would allow the company to see everything customers purchase when they redeem a digital coupon, data that over time would allow McDonald’s to precisely target profitable offers, the executive says.