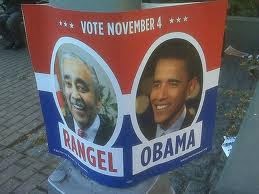 Do you see it?

who has the experience to guide the ship into the dark for the next two years.”

I believe that is a very negative thing to say, besides a slip of the tongue.  Is that where all the D.C. people want to lead us with Obama?

The first line bothers me too…… “Next two years will make history.”  Really?  How?  What are they planning?

Are we going into the dark now?  Haven’t we been in the dark?  Isn’t it light that we desire and deserve?

I believe his opponents should run with that sentence against Rangel.

I believe every single career politician, no matter the political side should be kicked out as Cantor was.

So, there you have it…. Rangel wants to make sure we are led into the dark for the next two remaining years of Obama’s presidency and they will make history.

1 thought on “Congressman Charles Rangel (D) Made The Oddest Statement. Did Anyone Catch It?”