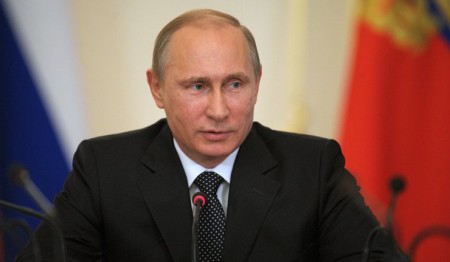 The primary reason for demonizing Vladimir Putin is his “actions that are undermining the economic ambitions of the Western bankers.” One major achievement in this respect was the recently signed 30-year gas deal with China, estimated to be worth over $400 billion.

Putin will be a target as long as he continues to pursue this policy, the expert predicts. However, Western countries are not unified in how they should respond. For instance, “the Bilderbergers are divided, where the Europeans are favoring Russia and the Americans are favoring the Western powers.” Some seem to clearly understand that”it is not going to play out to the benefit of the US; this is a lose\lose situation for the US and a win\win situation for Vladimir Putin and Russia.”

“When Barack Obama is claiming that Russia is violating Ukrainian sovereignty, it is simply an absurd statement”

Moreover, sanctions imposed against Russia “have been a major disaster for the US, even if the American media are not reporting it as such.” Prof. Fetzer has also pointed out that the foundation for the US sanctions, initiated against Russia in response to the country’s reunification with Crimea, is dubious. “When Barack Obama is claiming that Russia is violating Ukrainian sovereignty, it is simply an absurd statement.” 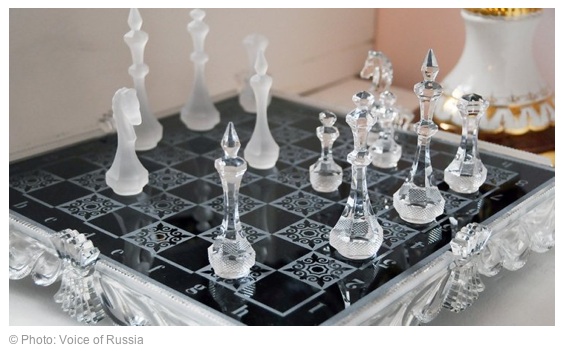 Ukraine merely a pawn on the chessboard – expert

The expert also warns that some US sanctions fail to reach their primary objective of targeting selected individuals or businesses. Instead, large portions of the population of a particular nation suffer. That, he believes, can be viewed as “a form of collective punishment” which, according to the Nuremberg Tribunal, amounts to a war crime.

Iraq and Iran are two cases in point. “When the US prohibited the fly-zone over Iraq it led to the deaths of some 500,000 Iraqi infants, which Madeline Albright declared have been worth the cost.” But the death of half a million children can hardly be justified by anything. That’s “an outrage and a violation of human rights,” Prof. Fetzer says.

The US imposed sanctions on Iran to prevent it acquiring nuclear weapons. American authorities firmly maintain that the Islamic republic is using its peaceful nuclear program as a disguise for military ambitions. The philosopher states that Iran’s nuclear weapons program is “nonexistent” and imposing sanctions on the country that in reality punish “the Iranian people improperly” is “another war crime.” These are just two examples of what indeed is “a regular practice declared by an internationally recognized tribunal to be war crimes”.

One cannot but ask how a country that commits such egregious crimes on a regular basis can get away with it. Prof. Fetzer provides an intriguing explanation: he recalls a CIA operation, known as Operation Mockingbird, that aimed to influence the American media by recruiting reporters to promote the agency’s agenda. Apparently is has been quite successful since, “American people really do not have access to accurate information about world affairs”.

Iraq yet again proves to be a fine example; “The NY Times was egregious in promoting the war with Iraq, claiming that Saddam had been involved in 9\11, that Iraq had weapons of mass destruction, that Iraq was in collusion with al-Qaeda, none of which was true. Indeed, eventually, the FBI would have to admit in answer to the question, “why Osama Bin Laden wasn’t wanted for criminal activity in relation to 9\11?” that it had no hard evidence that he had anything to do with 9\11″. 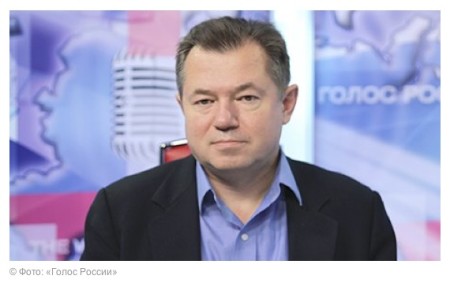 Distracting the American public with sanctions and other foreign policy initiatives proves extremely valuable when the US government needs to divert attention from what is happening at home. Prof. Fetzer has a shocking revelation to offer as an example regarding the Sandy Hook tragedy, the deadliest mass shooting at a school. Just as a reminder, on December 14, 2012 Adam Lanza slaughtered 26 people after killing his mother. He then committed suicide by shooting himself in the head.

The expert claims it “was a staged event” citing a “report from a Los Angeles expert on school safety that in conversation with members of the Obama administration’s Department of Education, they acknowledged that it had been a drill, that no children have been killed and it was to promote an anti-gun agenda”.

“There is an element in the US that thinks [world war] is the only way to salvage the American economy, which is falling apart”

Prof. Fetzer’s predictions for the development of Russian-US relations are extremely grim. He warns that there is “a very real possibility now” of a war seen in some US circles as ”the only way to salvage the American economy, which is falling apart.” The expert even has some speculative details to share about the probable campaign. “There’ve been reports and anticipations that 22 June may be the key date for some kind of an attack, that would be blamed on Iran and Russia to promote a world war. It would, of course, be completely catastrophic, but in the US it may be viewed as the last desperate attempt for a government in a desperate situation.”

Such a scenario, Prof. Fetzer explains, may unfold due to the fact that “the Western powers are driven by greed and the profit motive. There is a long-standing chronic problem here and it is rooted in the nature of capitalism and the lust for even more profits, which are being exposed again and again with the American corporations”.