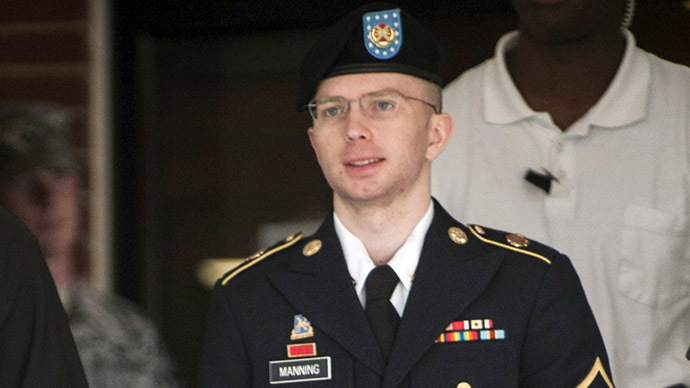 As the White House weighs the possibility of taking military action in war-torn Iraq, WikiLeaks source Chelsea Manning is warning that it’s imperative that the American media demands unfettered access to any operations overseas.

Manning, 26, issued that call for action in an editorial published in the New York Times this weekend authored from the jail cell in Fort Leavenworth, Kansas where she is currently serving a 35-year prison sentence for leaking a trove of sensitive files to the anti-secrecy site. Before being arrested and charged with dozens of crimes related to the unauthorized disclosure of those documents, Manning was deployed outside of Baghdad and for months worked as an intelligence analyst for the United States Army.

According to Manning, her experience during the Iraq War has left her believing the Pentagon has a big problem with providing access to journalists, especially those who may portray America’s military actions in a way that Defense Department wouldn’t particularly like.

“As Iraq erupts in civil war and America again contemplates intervention, that unfinished business should give new urgency to the question of how the United States military controlled the media coverage of its long involvement there and in Afghanistan. I believe that the current limits on press freedom and excessive government secrecy make it impossible for Americans to grasp fully what is happening in the wars we finance,” Manning wrote.

Contrasting sharply the news articles authored by DOD-vetted journalists during the Iraq War, Manning wrote, was a more “complicated reality” that wasn’t being seen by reporters.

“One of my regular tasks was to provide, for the public affairs summary read by the command in eastern Baghdad, a single-sentence description of each issue covered, complementing our analysis with local intelligence,” she continued. “The more I made these daily comparisons between the news back in the States and the military and diplomatic reports available to me as an analyst, the more aware I became of the disparity. In contrast to the solid, nuanced briefings we created on the ground, the news available to the public was flooded with foggy speculation and simplifications.”

When journalists were embedded in war zones, Manning added, they were under pressure to produce copy that could appease the Pentagon lest risk having their credentials rescinded. Even then, however, she said that she never found evidence that more than a dozen American journalists were ever embedded in Iraq at the same time, raising questions about what kind of accurate coverage was being sent back to the US as only 12 people were tasked with reporting on the happenings involving 31 million Iraqis and 117,000 US troops.

“The gatekeepers in public affairs have too much power: Reporters naturally fear having their access terminated, so they tend to avoid controversial reporting that could raise red flags,” Manning added.

“Journalists have an important role to play in calling for reforms to the embedding system. The favorability of a journalist’s previous reporting should not be a factor. Transparency, guaranteed by a body not under the control of public affairs officials, should govern the credentialing process. An independent board made up of military staff members, veterans, Pentagon civilians and journalists could balance the public’s need for information with the military’s need for operational security.”

Chelsea Manning’s oped in the NYT this weekend shows that despite jail and exile whistleblowers cannot be silenced. http://t.co/0IJR9i4M2W

Jesselyn Radack, a former Justice Department attorney who has since represented other whistleblowers in US court cases, wrote on Twitter that Manning’s op-ed “shows that despite jail and exile whistleblowers cannot be silenced.”

Among a cache of hundreds-of-thousands of sensitive documents shared by Manning with WikiLeaks are signification action reports, or SIGACTs, authored by military personnel on a daily basis during the Iraq War and later published on the site alongside similar documents from Afghanistan. When she admitted during a military court-martial last year to leaking those files, Manning said she considered the war logs to be among “the most significant documents of our time.”