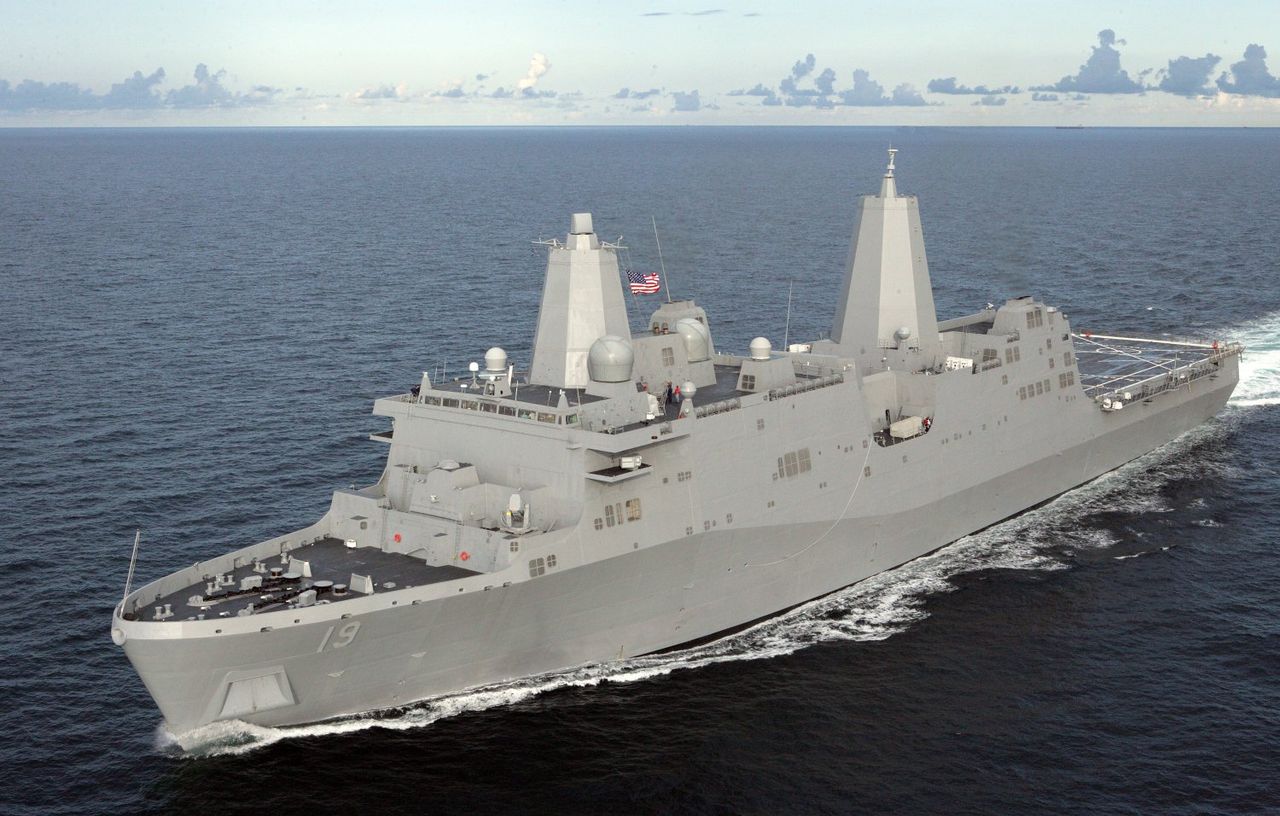 Following the arrival of the US aircraft carrier CVN-77, the ironically named George H.W. Bush, in the Persian Gulf, another US warship, LPD-19, the USS Mesa Verde also entered the Persian Gulf moments ago.

Mesa Verda has entered the Gulf to “provide the commander-in-chief additional options to protect American citizens and interests in Iraq, should he choose to use them.” Pentagon Press Secretary Rear Adm. John Kirby said in a statement.

“USS Mesa Verde is capable of conducting a variety of quick reaction and crisis response operations. The ship carries a complement of MV-22 Osprey tilt-rotor aircraft.” He said.

As CNN reported earlier, this comes after President Obama ruled out sending ground troops to the militant-assaulted country. The USS Mesa Verde is a San Antonio-class amphibious transport dock, a ship designed to carry an expeditionary force across the sea and deploy landing craft and helicopters.

Will the marines be offloaded in Iraq? Surely not: after all Obama, rushing to catch AF1 to Palm Spring last week said he didn’t intend to send ground troops to Iraq again, two years after pulling out American troops from the country. And Obama never lies about stuff like that.