NYPD DI Johnny Cardona and the moment prior to his punch 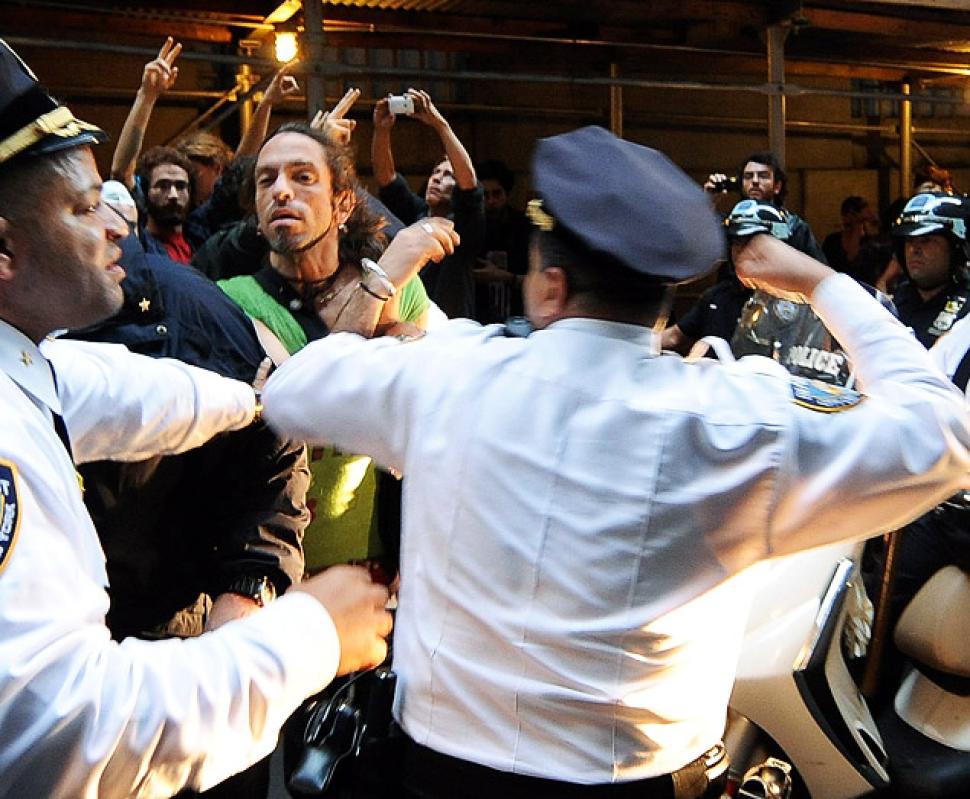 Deputy Inspector Johnny Cardona has been granted three-quarters tax free disability pension of roughly $120,000 a year for injuries suffered during his violent encounter with Felix Rivera-Pitre n the Financial District in October 2011.

A NYPD cop caught in a violent confrontation with an Occupy Wall Street protester has been granted a tax-free disability pension for injuries suffered during the confrontation, the Daily News has learned.

The NYPD said Rivera-Pitre, then 37, was the instigator and tried to elbow Cardona.

Roy Richter, head of the Captains Endowment Association, said other video shows Cardona caught in a headlock and that Cardona was trampled and hurt so badly he suffered back injuries and needed hip replacement surgery and operations on both knees.

Neither Rivera-Pitre, nor Cardona, were charged in the incident, but Rivera-Pitre, an artist, filed a lawsuit and settled for $55,000.

Ron Kuby, his lawyer, was incredulous to learn about Cardona’s pension.

“What’s his disability?” Kuby asked. “He hurt his fist when he punched Occupy Wall Street protesters? If he went out on a psychological disability that would have been appropriate.

“At least he’s off the force.”

Rivera-Pitre, living in a commune in Tennessee, could not be reached for comment