The sun has had three major “X-Class” solar flares on its surface in the past two days that have affected communications on Earth and could send a shockwave through Earth this Friday (the 13th), according to the National Oceanic and Atmospheric Administration. As ABC reports, the “solar events” caused brief blackouts in high frequency communications when they struck, twice on Tuesday morning and once this morning.

And a close-up of the solar flares…

One of the flares created a “coronal mass ejection” that actually could come into contact with Earth on Friday, according to NOAA. The ejection is essentially a huge cloud of plasma that could hit the Earth and cause a shock wave, affecting communications systems. If an ejection were to hit Earth on Friday, scientists expect it would only cause a minor geo-magnetic storm, according to NOAA. 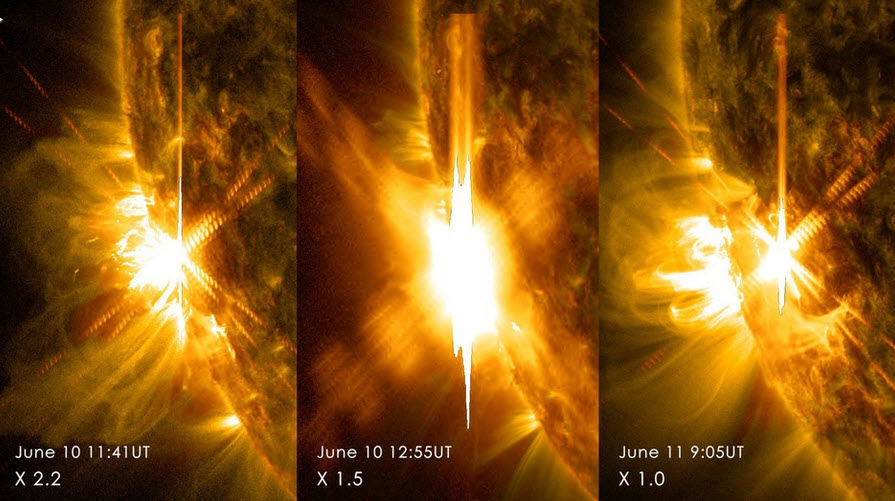