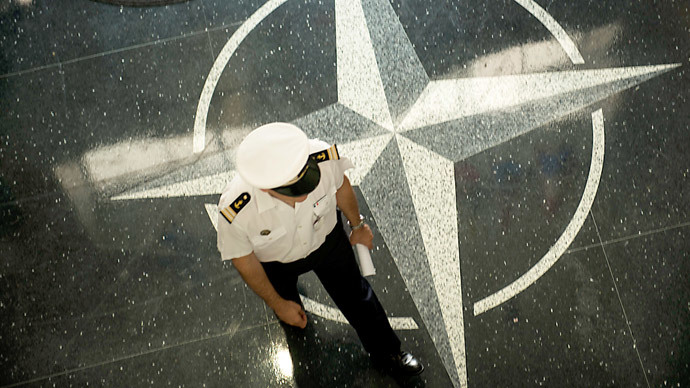 Dutch auditors claim NATO member states – which contribute to the organization’s budget from a combined $1 trillion in defense spending – are largely unaware of how these funds are being spent, as most of the alliance’s expenditures remain classified.

For decades the accounting records of the North Atlantic Treaty Organization, which marked its 65th anniversary in April, remained largely ‘blotted out’ as classified, leaving billions of NATO dollars unaccounted for, claim auditors from the Netherlands.

The official controlling body of the Dutch government, the Netherlands Court of Audit (NCA), which also audits the funds annually allocated by Netherlands government on NATO activities, collected information from open sources on NATO expenditures over the last 40 years. The results of this extensive research have been published last Tuesday on a specially-created English language website.

The NCA stipulates it has no “specific mandate to audit NATO,” yet the organization is involved in advising the International Board of Auditors for NATO (IBAN). Financial inspections of the last six years have brought auditors from IBAN, the NCA and other NATO member states to the conclusion that bloc’s finances are not in order.

State officials from all of NATO’s 28 member states actually have no idea where the alliance’s funds go and who’s the final recipient of huge amounts of money, the NCA claims.

“NATO might be wasting a lot of money, or maybe they are short of cash. Frankly, we have no idea,” shared NCA President Saskia Stuiveling.

A third, or $2.4 billion, of the Netherlands’ $7.8 billion military budget in 2013 was spent on NATO missions in Afghanistan. The lack of transparency of military spending “does not contribute to the public support for NATO” among the Dutch citizens, Stuiveling said.

The overall defense budget of all 28 NATO member states exceeds $1 trillion, of that about 75 percent is spent by the US. Some of this money passes through NATO’s account books.

The alliance is financed by all members through three general sources.

The first is a common fund ($3.3 billion) is used to maintain the main office and staff.

Two others are the international mission fund (wars in Afghanistan, Iraq, etc.) and special projects fund (arms development, etc.). These are funded by unknown additional contributions of each NATO member state.

Not only funding of entities and missions, but also how exactly and for what purpose the money in all three funds is being spent could not be established from open sources.

The NCA found that 378 NATO investment projects worth estimated $4.5 billion have remained open for decades, since the 1990s and even the 1970s. None of these projects have ever been evaluated or accounted for.

“We are an advocate of transparency and accountability for all public expenditures, including those of NATO,” the president of the NCA said in a foreword to the statement.

The situation remained unattended for years, but now the NCA is preparing to put it on the agenda of NATO Parliamentary Assembly in November 2014, to be held in The Hague.

The official comment from NATO spokesperson confirmed that “some reports” cannot be made public due to confidential nature of the issue. Still, all 28 NATO states “maintain full control of the level of expenses and how the money is being spent” through national representatives in the North Atlantic Council, which holds meetings twice a week. The information distributed at these meetings is rarely shared with external auditors supervising expenditure of taxpayers’ money.

The Netherlands Ministry of Defense agreed with the NCA’s initiative as “viewed upon positively by the Dutch cabinet,” as Dutch citizens would be better informed about NATO spending allocated funds to ensure safety of the citizens of the alliance member countries.

The ministry acknowledged that while the civilian expenditures of NATO are constantly monitored, the money spent on military missions (in Iraq, Afghanistan) and special military projects are not audited properly, whereas they make up the most of all the expenses.

US President Barack Obama pointed out in March that defense spending of some European countries is decreasing, which also means that NATO budget is shrinking as well.

Yet NATO Deputy Assistant Secretary-General Matthew Klimow told Reuters last November that the “far-from-extravagant” new headquarters is a “functional building that will allow us to say to the world that NATO is ready for 21st-century challenges.”

2 thoughts on “‘Public Has No Idea How NATO Spends Money’: Dutch Auditors Call For More Transparency”