An analyst says Washington’s most recent act of military provocation against China is in retaliation for Beijing’s decision to trade in its own currency and undermine the US dollar, Press TV reports.

Jim W. Dean made the remarks when talking to Press TV on Saturday about the US deployment of two of its most advanced long-distance surveillance drones to a base in northern Japan to spy on North Korea and China.

“The big issue behind all of this is China setting up its own reserve currency with Russia, which is a threat to the [US] dollar supremacy,” he said.

The analyst added that the decision by Moscow and Beijing to have their own trading currencies would “eliminate the [US] weapon” of imposing sanctions against the two countries using the dollar.

“This military shadow boxing is just a threat that if you proceed in this direction we are going to make problems for you,” Dean added.

You can watch the 4-minute interview here on Press TV. 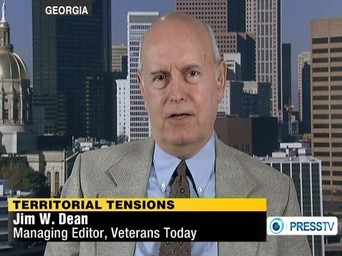 This is not an active window. Please clink the link above to watch the short interview

The two leaders signed 49 deals in the fields of energy, transport and infrastructure which would enable the two countries to bypass the US dollar and pay each other in domestic currencies. The move is expected to undercut the domination of the greenback as the international reserve currency.

In recent years, Moscow and Beijing have sought to strengthen their ties to contain Washington.

2 thoughts on “US Military Move Response To China Dollar Dumping”