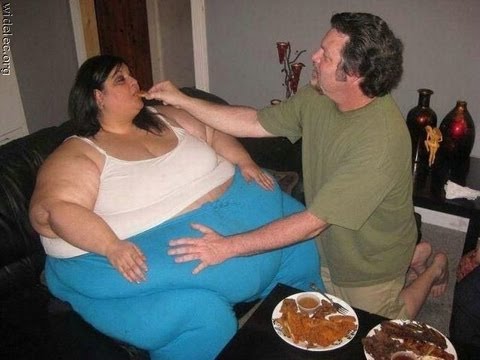 Almost 30 percent of the world’s population – or 2.1 billion people – is considered obese or overweight, researchers said, while rates among children have increased by a whopping 47 percent in the last 33 years.

Researchers, concluding the most comprehensive study to date on the global epidemic of obesity, found that the number of people suffering from excessive weight broke the scale, ballooning from 857 million in 1980 to 2.1 billion in 2013. In the same period, rates of global obesity and excessive weight surged 28 percent in adults and 47 percent in children.

The researchers consulted statistics that spanned 188 nations over the last 33 years.

Putting to rest the notion that obesity is predominantly a western phenomenon, nations in the Middle East and North Africa, Central America and the Pacific and Caribbean islands have hit “staggeringly high” obesity rates, according to the study by the University of Washington’s Institute for Health Metrics and Evaluation, reported in the Lancet medical journal.

“Two-thirds of the obese population actually resides in developing countries,” said Marie Ng, a global health professor who was one of the contributors to the study. 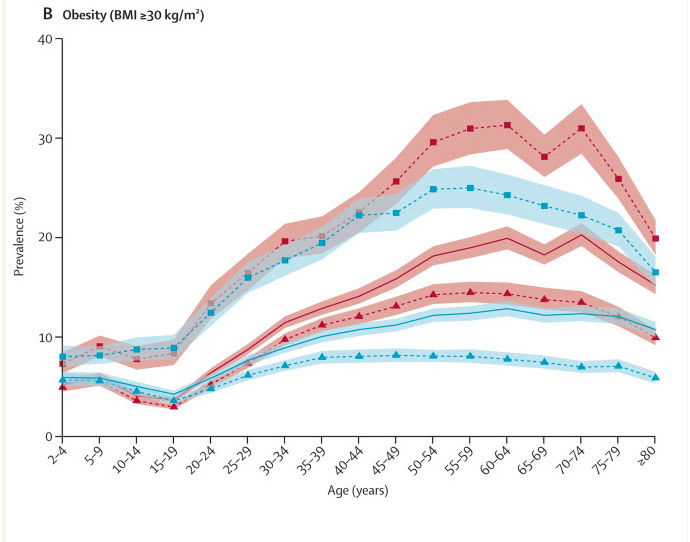 More than half of the world’s obese are from just 10 countries: the United States, China, India, Russia, Brazil, Mexico, Egypt, Germany, Pakistan and Indonesia.

Perhaps it is no surprise that the United States, whose eating habits and fast food chains have revolutionized the way much of the world now consumes, represented the biggest slice of the planet’s obese population – 13 percent – yet it has less than 5 percent of the world’s total population, which now tops 7 billion.

A person is considered obese if their body mass index (BMI) is 30 or more, while overweight is BMI of over 25.
The researchers said obesity – once the problem of rich, developed nations – now confronts people across the board regardless of income or other social indicators.

Men witnessed higher rates in developed countries, while women suffered most in developing countries. Perhaps the most worrying piece of information from the report, however, is the discovery that “not one country” succeeded in trimming the fat.

“No countries had significant decreases in obesity in the past 33 years,” the authors revealed. “This raises the question as to whether many or most countries are on a trajectory to reach the high rates of obesity seen in countries such as Tonga or Kuwait.”

However, even for nations that did not rank among the biggest food offenders, the study treated them to a generous slab of humble pie. In Australia, for example, obesity rates are climbing faster than anywhere else in the world, with almost a quarter of the country’s children and 63 percent of the adult population overweight.

A separate study released in March, meanwhile, examined trends in the French food industry, discovering that since 2004 the fast food share of the restaurant market skyrocketed by 74 percent. In 2012, sales at fast food chains in France totaled €34 billion ($46 billion dollars), outperforming the nation’s traditional sit-down restaurants for the first time.

“This growth [of the fast food market] is far superior to that of the whole of the traditional restaurant sector,” Bernard Boutboul director of the consultancy firm Gira Conseil, which carried out the report into French eating habits, told The Local, a French English-language newspaper.

“In the land of gastronomy, fast food has become the king,” lamented French magazine Le Point.

The United Kingdom posted higher levels of obesity and overweight people than anywhere in Western Europe, aside from Iceland and Malta, the study showed.

About a quarter of the UK population is now considered obese.

Now countries across the planet are being forced to find ways of addressing the problem, which remains a source of illnesses, such as heart disease and diabetes.

“We have to remind ourselves that obesity is really not a cosmetic issue. It’s a main risk factor for morbidity and mortality,” added global health professor Ali Mokdad, another researcher in the study.