Back in mid-March, there was a brief scare after the start of the Ukraine conflict, when Fed custody holdings plunged by a record $104.5 billion (if promptly bouncing back the following week), leading many to believe that Russia may have dumped its Treasurys, or at least change its bond custodian. We noted that we wouldn’t have a definitive answer until the May TIC number came out to know for sure how much Russia had sold, or if indeed, anything. Moments ago the May TIC numbers did come out, and as expected, Russia indeed dumped a record $26 billion, or some 20% of all of its holdings, bringing its post-March total to just over $100 billion – the lowest since the Lehman crisis. 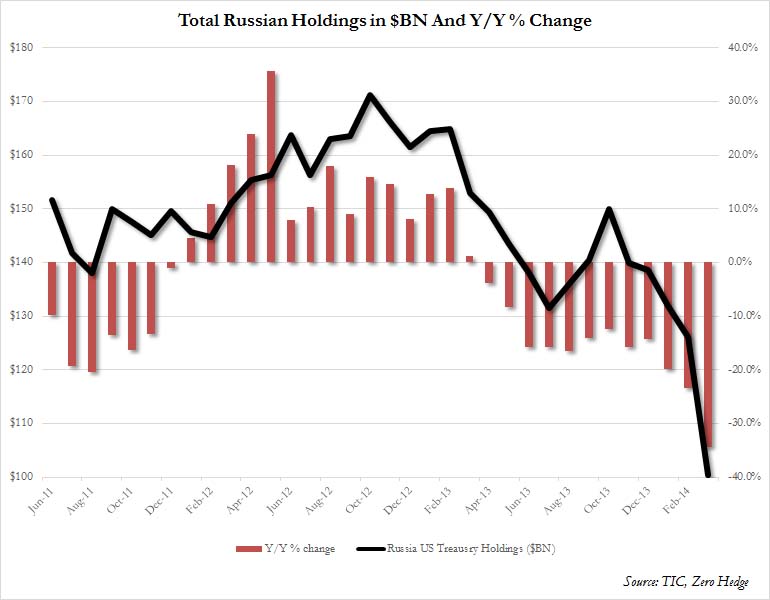 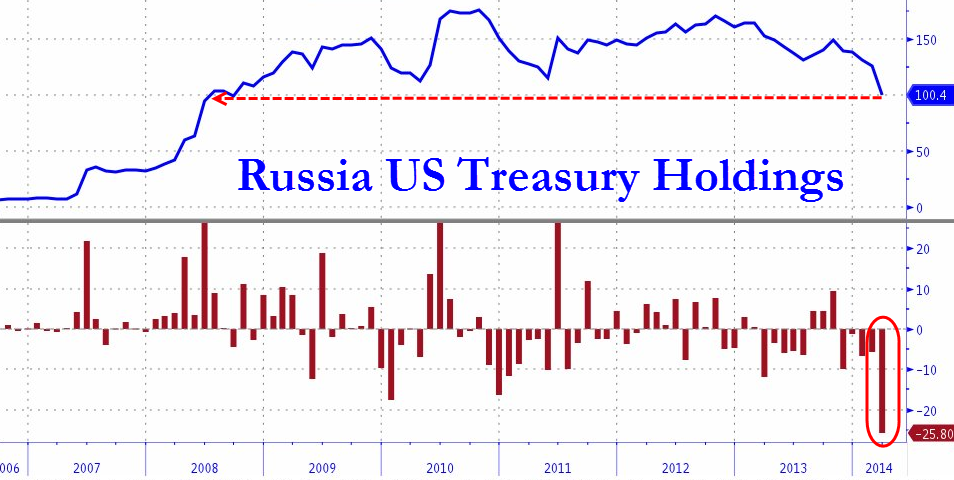 But as shocking as this largely pre-telegraphed dump was, it pales in comparison with what Zero Hedge first observed, is the country that has quietly and quite rapidly become the third largest holder of US paper: Belgium. Or rather, “Belgium” because it is quite clear that it is not the country of Begium who is engaging in this unprecedented buying spree of US paper, but some account acting through Belgian custody.

This is how we explained it last month:

… to clarify for our trigger-happy Belgian (non) readers: it is quite clear that Belgium itself is not the buyer. What is not clear is who the mysterious buyer using Belgium as a front is. Because that same “buyer”, who to further explain is not China, just bought another whopping $31 billion in Treasurys in February, bringing the “Belgian” total to a record $341.2 billion, cementing “it”, or rather whoever the mysterious name behind the Euroclear buying rampage is, as the third largest holder of US Treasurys, well above the hedge fund buying community, also known as Caribbean Banking Centers, which held $300 billion in March.
In summary: someone, unclear who, operating through Belgium and most likely the Euroclear service (possible but unconfirmed), has added a record $141 billion in Treasurys since December, or the month in which Bernanke announced the start of the Taper, bringing the host’s total to an unprecedented $341 billion!

Make that an unprecedented $381 billion because as we just learned “Belgium” bought another $40 billion in March! 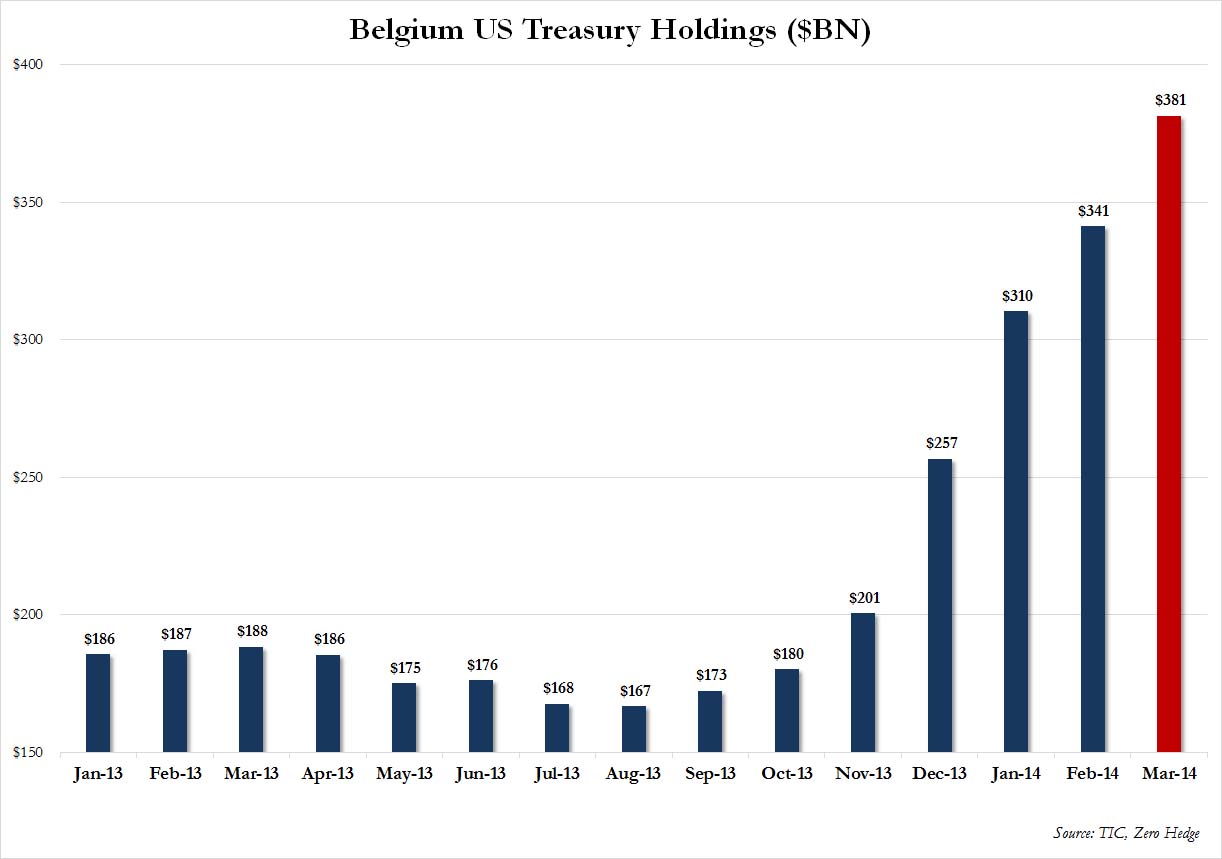 Curiously, this happened as Japan sold $10 billion in TSYs, and as China remained unchanged.  Further, foreign official accounts actually declined from $4.069 trillion to $4.054 trillion, which means this is what the US Treasury would classify as a “Private” buyer.

So to summarize, of the total $60 billion increase in foreign Treasury holdings, which rose from $5.89 trillion to $5.95 trillion, “Belgium” accounted for two thirds, most likely doing the purchases under the guise of a “private”, unofficial account!

And once again, it is Belgium in “”, because whoever is buying through the tiny European country, whose GDP is just double its reported total TSY holdings, is neither its government nor its people.

The question remains: who? Who has bought a whopping $200 billion in Treasurys using Belgium as a proxy since October?