How is China, which as we explained yesterday just completed a very bearish “head-and-mutated-shoulders” formation in its “gloomy” housing market and where the entire economy is threatened with imploding into a hollow house of cards (built in one of the Chinese ghost cities no less) because according to SocGen “the aggregate exposure of China’s financial system to the property market is likely to be as much as 80% of GDP“, dealing with the threat of a housing market, and thus economic, and thus global depression? Here’s how.

Fuzhou, capital of Fujian Province, saw its home sales in terms of floor areas more than halved as the average home price more than doubled over the past five years, stock information portal aastocks.com reported on Monday.

Since March, 20 property developers in Guangzhou have been offering “zero down-­payments” to attract buyers, in addition to large discounts and tax refund, the National Business Daily reported Monday.

In other words, “please take this home: it’s free.”

What can possibly go wrong? 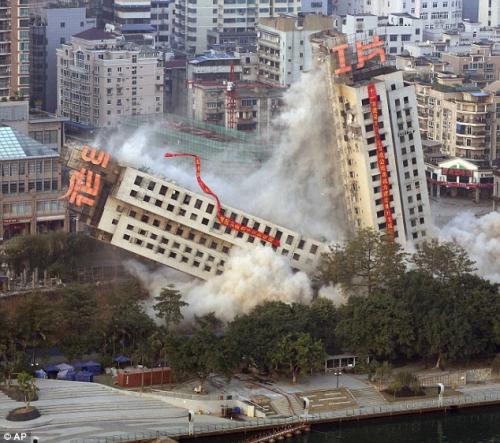