What can one say… Europe’s stock markets are booming, bond yields (and spreads) are tumbling… and earnings growth expectations are – collapsing… 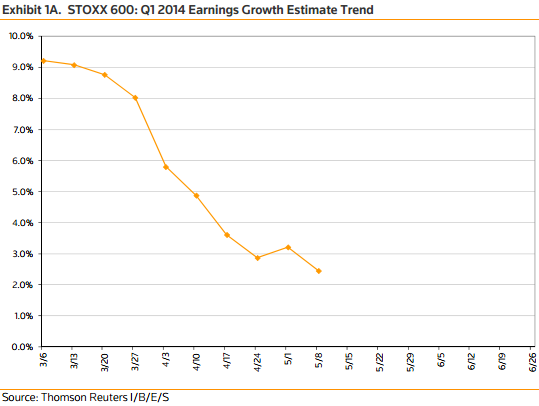 4 thoughts on “Welcome To The European ‘Recovery’: Earnings Growth Expectations Are … Collapsing”