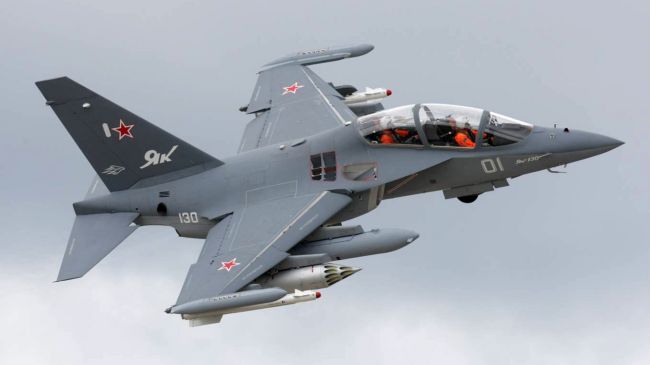 Russia plans to deliver the first batch of subsonic two-seat advanced Yakovlev Yak-130 jet trainer/light attack aircraft to Syria by the end of this year in a show of support for President Bashar Assad’s government.

Citing an unnamed source close to Russian arms exporter Rosoboronexport, Russian daily newspaper Kommersant, wrote on Monday that Damascus will receive nine aircraft until the end of 2014, and in the next two years,12 and 15 respectively.

“We will fulfill obligations under a previously signed contract for the supply of 36 Yak-130 jets,” the source pointed out.

Last June, Kommersant reported that Syria had paid some $100 million as an advance payment to Russia for the first six Yak-130 jets under a $550-million deal signed in December 2011.

All 36 Yak-130 fighter jets were reportedly ready at the time, waiting only for a political decision to install engines and avionics, and then to be sent to Syria.

Russia has repeatedly stated that it only supplied Syria with defensive weapons without violating international law.

The Yak-130 is a twin-engine combat trainer jet that can also be used to attack ground targets. It is able to replicate characteristics of several of 4+ generation fighters.

The military aircraft can also perform light-attack missions and reconnaissance duties, and can carry a combat load of 3,000 kilograms.

Syria has been gripped by deadly violence since 2011. Over 150,000 people have reportedly been killed and millions displaced due to the violence fueled by Western-backed militants.

According to reports, the Western powers and their regional allies — especially Qatar, Saudi Arabia and Turkey — are supporting the militants operating inside Syria.