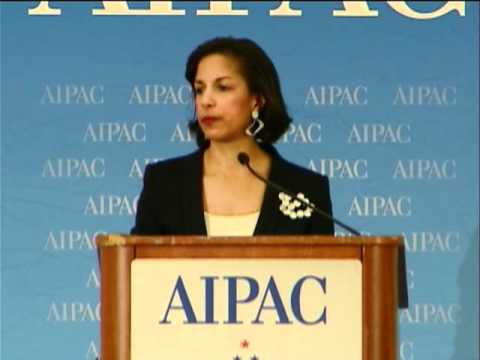 – AIPAC 101 – What Every American Should Know

Susan Rice said Friday that the Obama administration and Israel recently signed an agreement for further U.S investment in its Iron Dome system.

The Iron Dome defends Israel against short-range rockets fired by militants in Gaza, Sinai and Lebanon. It detects the rockets and strikes them in midair.

Rice said that the new deal “will take our total investment in Iron Dome, which has saved countless of Israeli lives, to nearly $900 million, a sign of our continued commitment to Israel’s security.”

Rice is in the region meeting Israeli and Palestinian leaders. Her visit comes soon after the latest round of U.S.-backed Mideast peace talks ended in failure.

5 thoughts on “Rice: US Dedicated To Israel’s Security”