Today was a good day for United Technologies: its subsidiary Sikorsky Aircraft Corp was awarded a $1.2 billion contract by the Naval Air Systems Command to build the VXX: also known as the new Presidential Helicopter. Initial fielding is planned for 2020, with production concluding in 2023.

The $1,244,677,064 fixed-price incentive engineering and manufacturing development (EMD) contract, with production options, culminates a full and open competition to contract for integration of mature mission systems into an existing in-production aircraft in order to minimize the cost of developing and testing a new design.

“Throughout the entire proposal process, we emphasized cost as well as technical performance,” said U.S. Navy Capt. Dean Peters, program manager for NAVAIR’s Presidential Helicopters Program Office. “Our contract objectives are directly tied to mission requirements and long-term sustainability. We are committed to a cost-effective acquisition strategy and prudent use of existing technology. Sikorsky’s proposal adequately supports this commitment and together we will efficiently deliver the next Presidential helicopter fleet in an affordable and timely manner.”

Hopefully $1.2 billion at least buys the president an ejection seat. Because truly the one thing that is preventing the president from doing his duties is being able to fly from point A to point B in a new, improved and far spiffier helicopter. And by point we of course mean “golf course.”

Under the EMD contract, Sikorsky will provide six test aircraft, four of which will become operational assets. Production options will result in production of an additional 17 operational aircraft.

How was Sikorsky picked?

Following extensive market research, a draft VXX Request for Proposal (RFP) was released Nov. 23, 2012 to provide industry an advance opportunity to review program strategy and requirements, as well as provide an opportunity to give feedback on requirements clarity and potential drivers of cost and schedule to help the government further refine the final RFP prior to release. The final RFP was released on May 2, 2013, in support of a full and open competition.

The Navy used this process to select a prime contractor that could best integrate mature, government-defined mission systems into an in-production air vehicle, and accomplish the efforts in an affordable and timely manner.

But wait a minute: surely the US government could have wasted, or as it is better known in the Keynesian religion – grown the economy – far more than a measly $1.2 billion to pimp the ObamaCopter? Well, it did.

A previous effort to replace these aircraft, the VH-71 program, was initiated in 2003.  This program was terminated in 2009 due to extensive cost and schedule growth.

In other words, some time over the next decade, when the prevailing technology du jour has drastically changed from what is trendy today, this too contract will be scrapped as the proposed design becomes obsolete, but not before even more billions in cost overruns, when yet another contract will be awarded to someone else as the taxpayer-funded spending spree to benefit the MIC continues. In the meantime, however, UTX shareholders are happy.

Finally, this is what the ObamaCopter would look like if it were to be used today. 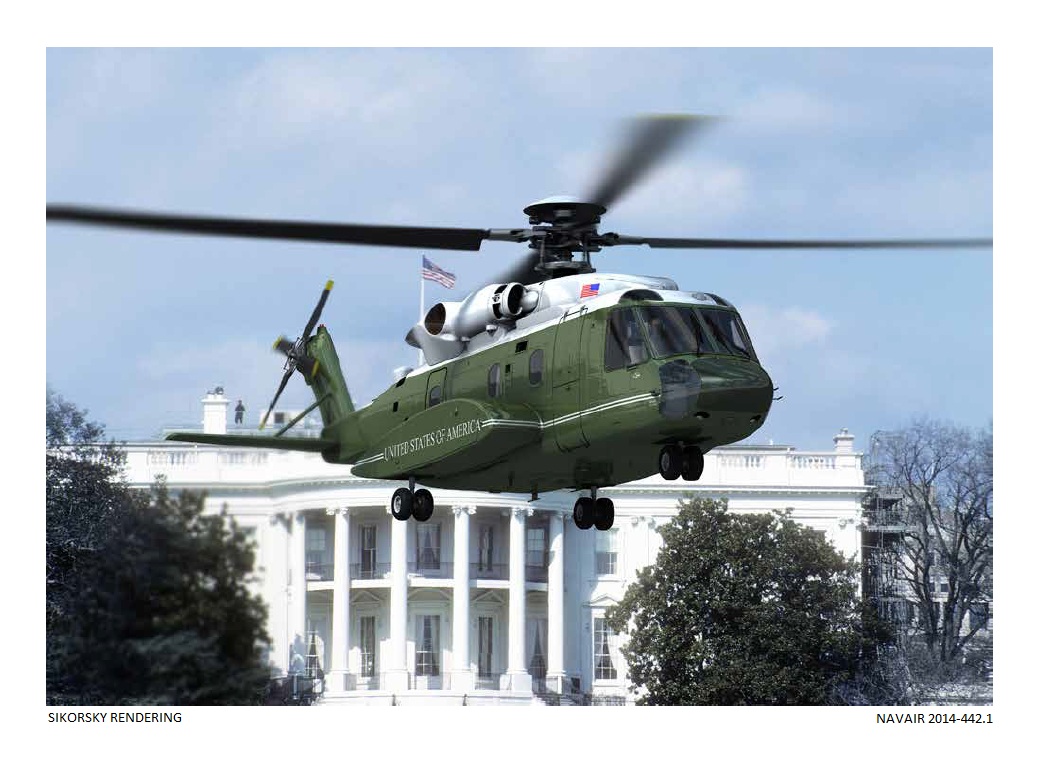 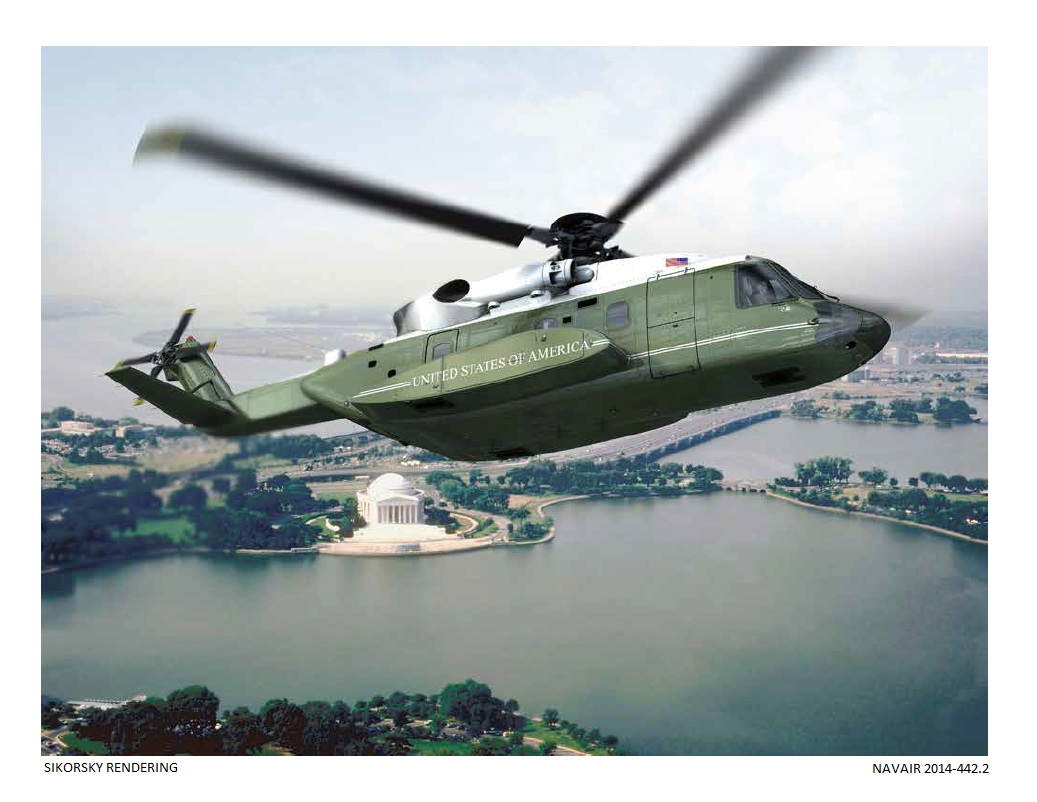 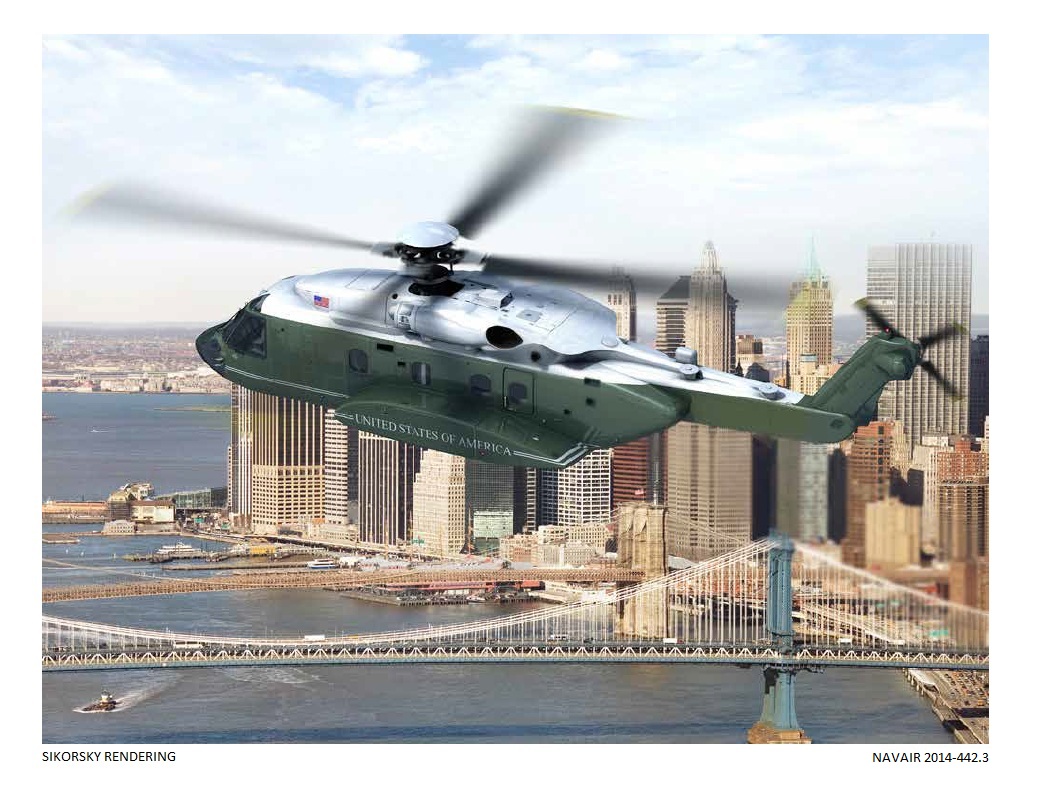