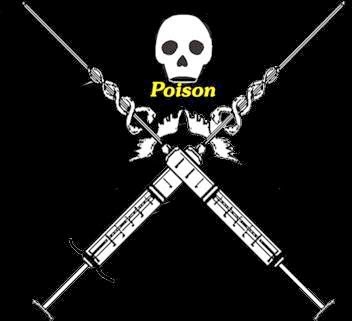 – Interview With Arnold Hoekstra, First Canadian To Be Fired For Vaccine Refusal (Activist Post, May 1, 2014):

As I wrote previously, social approval and disapproval is often used to enforce a number of tragic policies by using the force of the people who themselves will be further enslaved by them. The recent propaganda push by the pharmaceutical companies and their media mouthpieces is simply the gearing up for a major battle in the future that will inevitably lead to the universal mandate of vaccination applicable to all people with no exemptions.

For now, Arnold Hoekstra stands as one of the first victims of this quiet war.

Brandon: How long had you worked for the Boundary Hospital?

Brandon: How many times had the hospital asked that employees submit to vaccination in the past?

Arnold Hoekstra: Once before in 2012. The ruling was overturned because of union intervention.

Brandon: What was the process used by the hospital in order to encourage employees to vaccinate? What was the language used by management in this regard?

Arnold Hoekstra: They used notices throughout the hospital giving their reasoning for getting the shot [and] posted notices in the office, [brought]gifts, br[ought]the vaccine to the work site and personally ask[ed] me if I was going to have the shot on more than one occasion. And advertising on [the] work site online.

Brandon: What are your reasons for refusing to vaccinate?

Arnold Hoekstra: The ingredients [and] Principle. When a choice comes to do or not to do I must trust the true way rather than the way the majority is going. When the masses flock to something, it is, in most cases, the wrong way. Few exceptions.

Brandon: What are some specific issues you have with the vaccine? Does your skepticism extend to vaccinations in general or only the flu vaccine?

Arnold Hoekstra: I believe all vaccinations are harmful. It also puts people in a false sense of security. They try to shortcut their health, deceiving themselves to believe that the professionals know better and that they could not possibly know for themselves.

Brandon: Obviously, your resistance to the dictate to vaccinate was based on the potential adverse health effects that vaccines have demonstrated to produce. But what about the idea that individuals should be free to choose what they put in their bodies? Did that concept influence your decision as well?

Arnold Hoekstra: Yes it did. To my understanding when someone attempts to invade that sacred place (my body) it is a violation.

Brandon: Why did you refuse to even wear the face mask?

Arnold Hoekstra: The main reason I did not wear the mask is because I did not want to exhibit fear. I did not want anyone to think I agreed in any way with this policy. I believe the only reason people wore the masks wasn’t because they believed it was going to be affective or that the policy in general was right but that they would be disciplined for not doing so.

Also, I believe that it was used to label those who didn’t get the shot as uncooperative. And l believe it was coercive in the way that those who wouldn’t have taken the flu shot, did so in order to avoid wearing it for 4 months of the “flu season.”

Brandon: Do you plan to take any legal action against the hospital?

Arnold Hoekstra: That is a hard question to answer. The hospital is run by a governing authority (Interior Health) B.C. They are responsible for firing me.

Who is ultimately responsible? You have to work your way up the ladder. Follow the money. It doesn’t take a genius to figure out the rest.

To answer the question about what to do legally … My main goal is for health professionals or, for that matter, anyone to be able to choose for themselves what they want in this matter and [to] not to be put in this position.

If legal action will stop the madness then my answer is yes.

Do I believe I should be compensated? Yes. They forced me into this position. I could not go against my conscience. They did not consider me as an individual or listen to the reason for my decision to not comply.

Brandon: Do you regret your decision?

Arnold Hoekstra: I do not regret my decision. I regret that the powers that be made this awful choice.

Brandon: Do you think your case is indicative of what is to come? Do you think we will see more people lose their jobs as a result of their refusal to submit to vaccinations?

Arnold Hoekstra: I believe the screws will continue to tighten until the whole nation is on board. They have said in the media that they want the percentage of health care workers taking the shot to go much higher than 80 percent.

As far as people losing their jobs … well I hate to say it but most people tend to do what they’re told, regardless of the fact that they are putting their health at risk. Many I talked to disagreed with the policy but because of fear of discipline and losing their jobs. They just complied.

Brandon: If you could say one thing to the people who may be hearing about your case for the first time, what would it be?

Arnold Hoekstra: Think for yourself. Don’t allow others – no matter how many degrees they have to the right of their name – to think for you. And always remember that you always have a choice.