There was a shooting on the outskirts of Slavyansk as pro-government troops raided a protester checkpoint on Monday.

At least 10 self-defense fighters and their unarmed civilian supporters have been killed in the latest clashes, the commander of Slavyansk self-defense, Igor Strelkov, told RIA Novosti.

“We suffered losses – about 10 people, including civilians, 20-25 people were injured. I do not know the losses of our adversaries; clearly they are smaller than ours, they have armor. Most of our losses came from plainclothes [troops], disguised as civilians. We fell into their ambush near a petrol station,” Strelkov said.

As the physical and emotional stains of Odessa remain…

And, as AP reports, The White House says it’s “extremely concerned” by the deteriorating situation in southern Ukraine.

The U.S. and Europe have been focused on eastern Ukraine, near Russia, where pro-Russian separatists have been occupying buildings for weeks. But the unrest has spread to Ukraine’s southern port of Odessa, where Ukraine’s government is seeking to re-establish control.

White House spokesman Jay Carney says the possible loss of Odessa underscores the need for an immediate de-escalation to the crisis. He’s suggesting Russia still needs to follow through with its part of a diplomatic deal to de-escalate.

Riots in Odessa led to 46 deaths Friday when a government building was set on fire. Carney says Ukrainian authorities should launch a full investigation. He says the U.S. mourns with Ukrainians the heartbreaking loss of life.

The unrest in the Ukraine is reaching as far as Hollywood — at least, as far as “Nashville” actress Hayden Panettiere’s wedding is concerned. 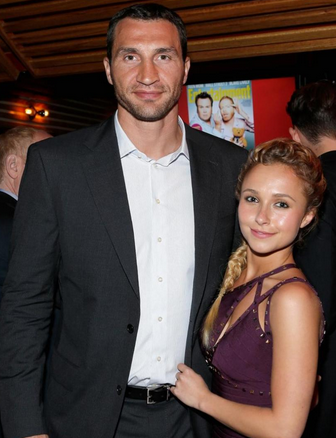 “Everything that’s happening in Ukraine definitely put a hold on things, but we have time,” Panettiere, 24, told Parade Magazine about her upcoming nuptials to professional boxer Wladimir Klitschko.