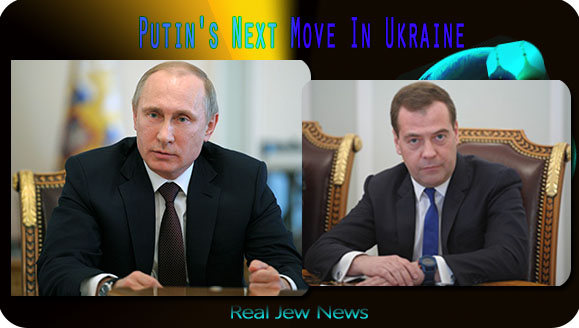 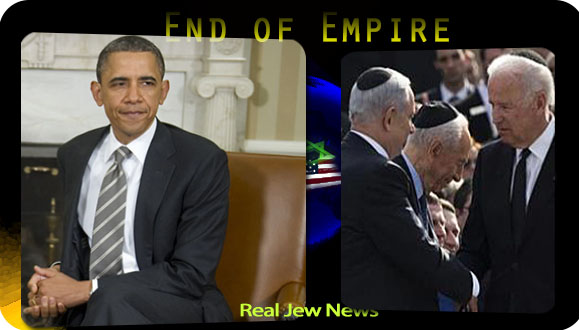 FOR THE FIRST TIME in the history of the IMF, it has threatened withdrawal of funds due to reticence to employ full military action.

The Jew-run IMF—International Jewry’s mechanism for national enslavement—warned Ukraine’s coup-imposed regime that it will lose the $17 billion dollar bailout if Kiev loses control of the east.

In a staff report, the IMF stated that a change to eastern Ukraine’s borders could force it to adjust its bailout.

The IMF said that due to Russia’s cut-off of Ukraine exports from the industrial east (ironically, due to Kiev’s submission to IMF’s terms of the bail-out), its reduced revenue would require a “recalibration” of the loan offer.

With the heat on Kiev’s self-proclaimed president Turchynov—all dressed up in guerrilla commando garb—an assault on key cities of eastern Ukraine is being waged. 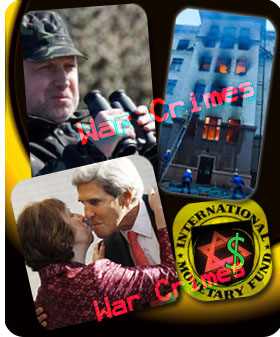 Employing ‘Right Sector’ militias along with its own army attacking civilians, Kiev has violated the Geneva Agreement which requires “all sides refrain from using violence” and has committed a war crime by using its military on civilians.

Does Putin want to annex eastern Ukraine? No.

He wants a unified Ukraine tied to Russia, both economically and culturally.

Do the people of eastern Ukraine want to unite with Russia? No.

2 thoughts on “Putin’s Next Move In Ukraine”