– One Million People Dropped Out Of Labor Force In April: Participation Rate Plummets To Lowest Since 1978 (RT, May 2, 2014):

And so the BLS is back to its old data fudging, because while the Establishment Survey job number was a whopper, and the biggest monthly addition since January 2012, the Household Survey showed an actual decline of 73K jobs. What is much worse, is that the reason the unemployment rate tumbled is well-known: it was entirely due to the number of Americans dropping out of the labor force. To wit, the labor force participation rate crashed from 63.2% to 62.8%, trying for lowest since January 1978! And why did it crash so much – because the number of people not in the labor force soared to 92 million, the second highest monthly increase ever, or 988K, only ‘better’ than January 2012 which curiously was the one month when the establishment survey reported a 360K “increase” in jobs.

End result: the number out of the labor force is now an all time high 92 million, and the labor force tumbled by 800K to 155.4 million from 156.2 million as the delayed effect of the extended jobless benefits ending finally hits. What is most amusing is that the “persons who currently want a job” was unchanged at 6,146K – even the BLS said it was “puzzled why so many unemployed people are not looking for jobs.” We have some ideas, and no, they don’t include the addition of 234K “birth/death adjustment” jobs. 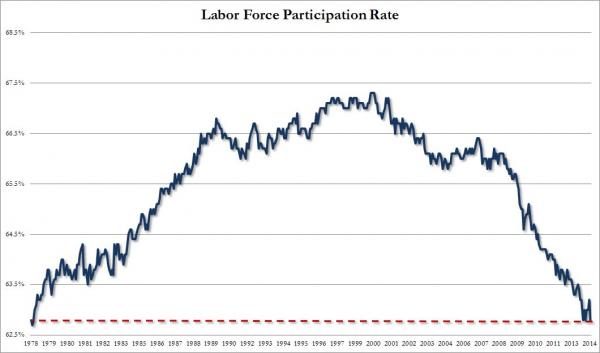 People not in the labor force: 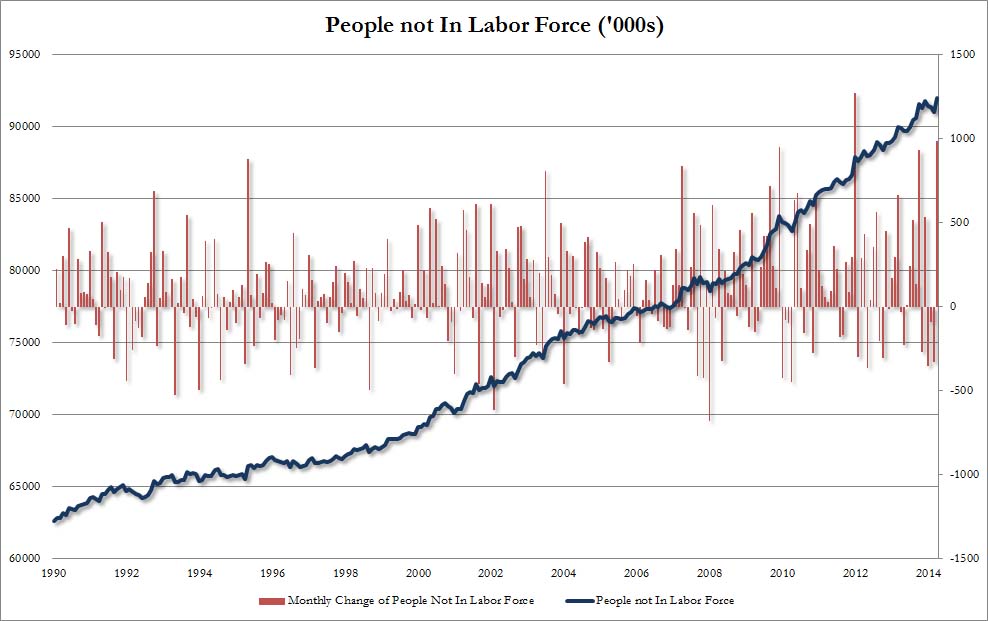