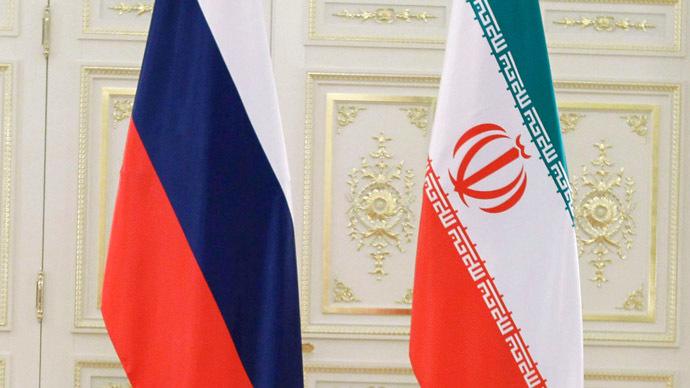 Iran and Russia are negotiating a power deal worth up to $10 billion in the face of increasing US financial alienation. The construction of new thermal and hydroelectric plants and a transmission network are in the works.

“[Expansion of] Iran-Russia relations are not only to the benefit of the two nations, but also are beneficial to entire region,” Iranian President, Hassan Rouhani, stated in a meeting with Novak in Tehran on Sunday, reported Iran’s FARS news agency.

Plans include the construction of hydroelectric and thermal generating plants and a new transmission network. The possibility of Russia exporting 500 megawatts of electricity to Iran is also on the cards, said Mehr.

On Sunday, Chitchian reportedly stressed “the need for further expansion of economic ties between Tehran and Moscow, particularly in the energy and commerce spheres,” stated Mehr.

Moscow has additionally been discussing the trade of 500,000 barrels a day of Iranian oil for Russian goods with Tehran. The protracted deal, first reported at the beginning of April could be worth as much as $20 billion, and has rattled Washington because it could bring Iran’s crude exports above one million barrels a day – the threshold agreed upon in the nuclear deal between the P5+1 powers – US, Britain, France, China, Russia and Germany – and Iran.

Moscow and Tehran are far from finalizing the contract, according to Russian business daily Kommersant, which first broke the news. Nonetheless, the Obama administration has expressed distaste at the reports.

Tehran’s ambassador to Moscow Mehdi Sanaei said on Friday that the implementation of Iran-Russia energy agreements hold the key to economic expansion.

Sanaei underlined the importance of promoting of Iran-Russia cooperation and called for the implementation of oil, gas and electricity deals, according to Press TV.

Russia-Iran trade is currently worth $5 billion a year, but economists say the two countries can at least quadruple the volume of trade.

Earlier this month, Iranian Oil Minister Bijan Namdar Zanganeh said the Islamic Republic is determined to raise the volume of its “economic transactions” with Russia.