Each quarter, when we perform our regular update on trends in US homeownership and rents using Census Bureau data, we say that “The American Homeownership Dream is officially dead. Long live the New Normal American Dream: Renting.” One thing we added in 2013 is that the American Dream has now officially became a full-blown nightmare after mortgage rates exploded, even if declining modestly afterward, and in the process pummeling the affordability of housing as well as grounding any new mortgage-funded transactions to a complete halt (don’t believe us – just ask the tens of thousands of mortgage brokers let go by the TBTF banks in the past 6 months) while sending mortgage origination activity to record lows. Which is why it was not at all surprising to find that the just updated Q1 homeownership rate was 64.8% – the lowest in 19 years! 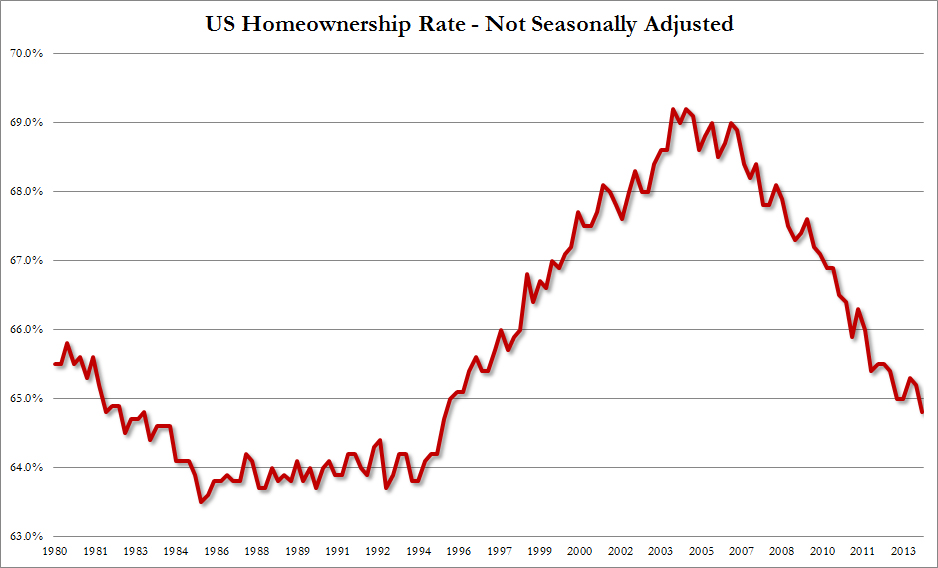 Furthermore, even as household formation has continued to implode (more on that in a subsequent post) despite the shrill promises of housing bulls who still have to realize that the transitory pick up in home prices has nothing to do with organic growth or a stable consumer, and all to do with the Fed’s balance sheet, the now effectively finished REO-To-Rent program, and illegal offshore cash parked in the US, Americans have to live somewhere. That somewhere is as renters of Wall Street and other landlords. As the next chart shows, the median asking rent has soared to fresh records and hitting an all time high of $766 as of the first quarter. 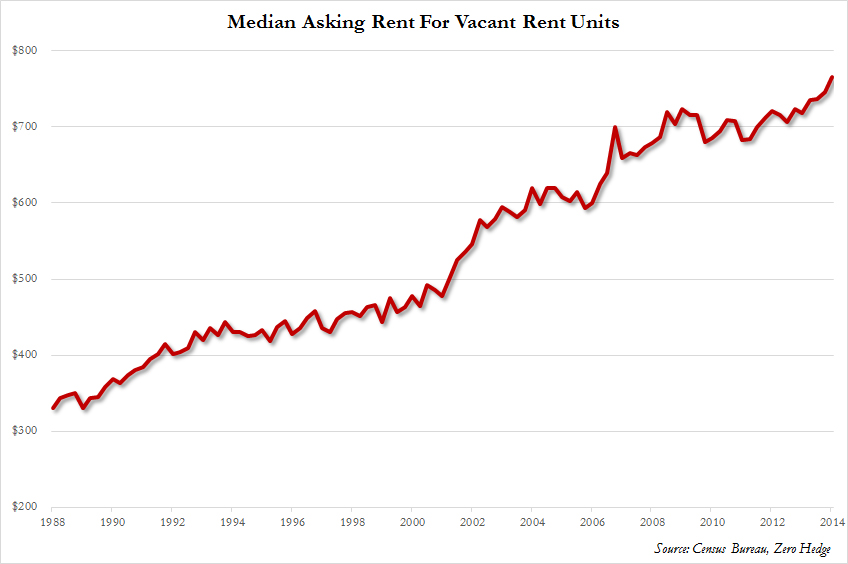 Luckily Owner Equivalent Rent is largely adjusted (hedonically) by the Fed in its CPI calculation making it seem quite friendly, or else its all time highs may give the impression that inflation is not quite as dead as the Fed portrays it. Although don’t tell that to renters in the Northeast, where the average rent just soared to $1,043, a record increase of 16%, or $147 compared to a year ago.

At least one entity is enjoying this wealth extraction from the middle class which no longer being able to afford buying a home is forced to hand over an ever greater portion of its paycheck to America’s largest landlord – Wall Street’s very own Blackstone. 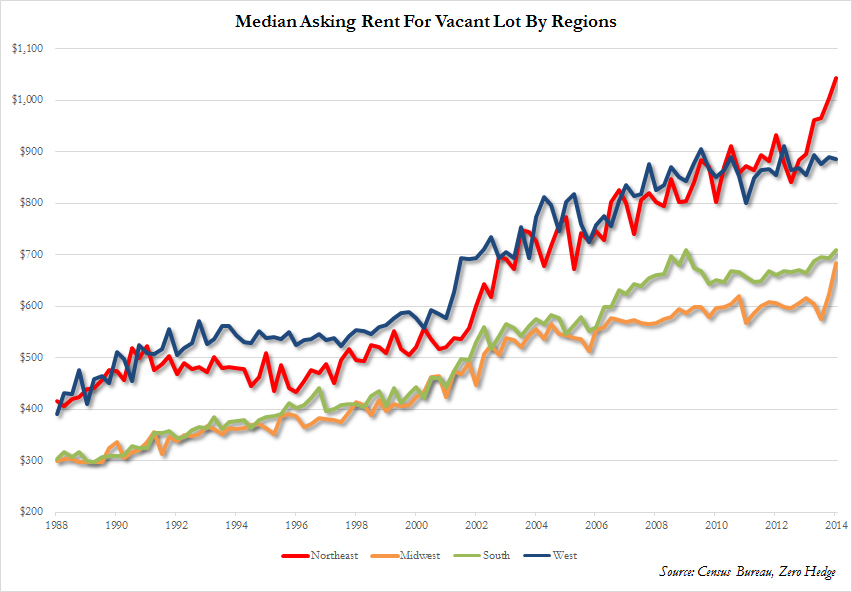 Finally, why are any of these upward trends in significant jeopardy? Because while the 0.01% are getting wealthier by the day, everyone else… isn’t. As can be seen on the chart below. 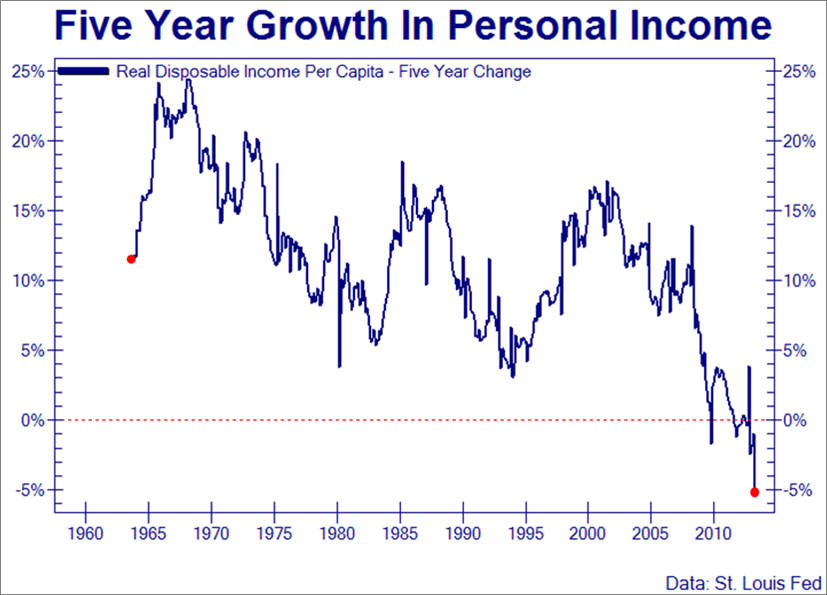