NO virus can enter a healthy cell …

[The problem is that there are almost no healthy people (which are made up of cells) left.]

See the work of Dr. Bruce Lipton read his book and watch his videos:

Stock up on propolis and have herbs that are antiviral (sage etc.) & are known to boost the immune system at hand.

In the clinic we were using a very effective and extremely cheap anti-parasitic treatment developed by Dr. Gerhard Steidl in Germany. These oils not only kill bacteria, viruses and candida effectively, they also cure cancer. We also helped some disabled Lyme disease patients out of the wheel chair and back to work within a month. Such amazing results are probably more difficult to achieve nowadays because the environment has changed so much (Our exposure to EMFs for example is continuing to skyrocket, making the parasites a lot more aggressive). I also had some milder cases of neurodermatitis where the skin was cleared in only 4 weeks (and stayed that way). We had malaria patients flown in from Africa that were cured with the help of these oils. The work of Dr. Gerhard Steidl was supported through the ‘Karl und Veronica Carstens Stiftung’ (Stiftung = foundation), which happened to be the only foundation in support of alternative medicine reasearch at that time in Germany.

For the parasite cleansing contact Dr. Gerhard Steidl [Tel.: +44-(0)9176 – 9980632 – Fax: +44-(0)9176 – 5533] in Germany. There are many doctors and healing practitioners that work with the ‘Para-Spezial’ oils he developed. (Most of them in Germany but also worldwide. You may know Dr. Dietrich Klinghardt. He has been using these oils to treat parasites and for detoxification. I don’t know if he is still using them on his patients.)

These oils work even better if taken with steam-distilled water and if you follow a healthy diet.

And only for the brave:

Read this book, containing lots of scientific studies, first before you call me crazy:

or @Amazon.com: “Your Own Perfect Medicine” by Martha Christy

Your body has the exact information on how to produce the antibodies for every disease in your ‘Shivambu’.

If you keep it in your mouth long enough the lymph nodes will have time to examine exactly what is going on and communicate the results to the rest of the body and it will act accordingly.

Also people who are deadly allergic to wasp stings are known to have survived that way. 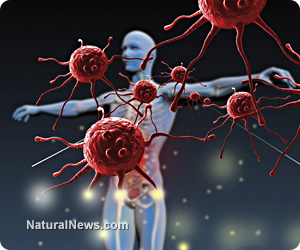 It has long been recognized by intelligent observers that a global superbug pandemic is inevitable. Humanity has created the perfect conditions for it: global nutritional deficiencies, weakened immune systems, high population density, high-speed international travel and systemic abuse of antibiotics by medical professionals. Drug-resistant superbugs like MERS (Middle East Respiratory Syndrome) are 100% immune to every conventional medical treatment in existence. There is no antibiotic, no vaccine, no drug and no treatment practiced by western medicine that can stop these bugs… and infections are deadly.

Ian MacKay, an associate professor at the Australia Infectious Diseases Research Centre at The University of Queensland, is now warning about where this might be headed. Over the last 30 days, MERS cases in Saudi Arabia have exploded from just 1-3 per day to over 10 per day, showing a worrisome trend.(1)

“MERS is a particularly nasty disease for those who already have a disease that is chronic,” writes Ian MacKay on his blog. (2) “These include diabetes, kidney disease, heart disease, hypertension, lung disease, obesity, malignancy and those who smoke or use steroids.”

The following chart shows an alarming trend in the cumulative number of MERS infections with a sharp spike in cases being reported in mid-April:

According to data analysis by MacKay, healthcare workers are also being infected and an astonishing 7% are dying from those infections. From MacKay’s blog: (2)

Healthcare worker (HCW) numbers have risen sharply (see below) during the April outbreak to a total of 84 detections, 7% of whom have died. Deaths (left) among HCWs now represent 1.6% of all MERS-CoV positive deaths. This jump in HCW detections has been fuelled by the Jeddah outbreak but also by the parallel HCW cluster among paramedics in the UAE; two as yet completely unexplained events.

When healthcare workers are infected, they tend to increase the spread of the disease by inadvertently infecting patients. This is why hospitals can quickly become extremely dangerous places during any outbreak: it’s where you’re mostly likely to get infected. Hospitals, in essence, become hubs that spread the disease and multiply the pandemic. This is exactly what has been observed in Ebola outbreaks, by the way.

MERS has now spread to Egypt

The LA Times(3) is now reporting that MERS has spread from Saudi Arabia to Egypt:

State television said Saturday that the country’s first case had been discovered. It said the patient, who was hospitalized in Cairo, had recently traveled to Saudi Arabia, where the virus was first identified.

So now we have the first documented case of MERS crossing borders and becoming an international superbug. It’s only a matter of time before visitors to Saudi Arabia carry this superbug to other nations as well.

What’s especially alarming about the spread of MERS is that all the tools of western medicine — drugs, vaccines, surgery — are completely and utterly useless against MERS and many other superbugs.

So when patients get infected and go to the hospital, those hospitals have nothing to offer them except, perhaps, exposure to other superbugs that are now running rampant across hospitals. Half of all hospital rooms are infected with superbugs, and superbugs are now killing 48,000 patients a year in the USA alone. Deadly superbugs are even sweeping California hospitals and nursing homes.

Western medicine hospitals are beholden to drug company interests, so they refuse to recognize or prescribe treatments that aren’t patented by drug companies. This means hospitals will refuse to prescribe herbal treatments that can block MERS infections such as the “Minor Blue Green Dragon” formula which contains a highly effective anti-pandemic ingredient that has been outlawed by the FDA.

Western medicine will kill millions in the next pandemic

As this infection spreads globally, people who rely solely on Western medicine will die en masse, victims of a system of medicine which oppresses and even outlaws competing systems of medicine that offer far more effective solutions for pandemic defense. Those who embrace more diverse systems of medicine (such as Traditional Chinese Medicine) will have anti-pandemic remedies readily available. These remedies actually contain powerful medicinal compounds which have been synthesized by plants rather than by laboratories. Anyone who discounts the power of natural herbal medicine is flatly ignorant: as much as 25% of Big Pharma’s drugs are originally derived from medicinal plants in the first place (then modified to be patentable). Statin drugs, for example, were modeled after the natural lovastatins originally discovered in red yeast rice.

As the next global pandemic spreads, western medicine’s monopolistic rejection of natural remedies will almost certainly result in the deaths of potentially millions of victims — people who could have been saved if they had only been told the truth about non-pharmaceutical treatments against infectious respiratory illnesses. It’s absolutely criminal that when western medical professionals have literally nothing to offer for a deadly superbug, they simultaneously don’t want people to have access to anything else that might work either. Their message? “Go home and die, but don’t you dare take herbal medicine because that might be dangerous.”

I’m not saying that a person shouldn’t use western medicine in a pandemic, by the way. My advice is to use every tool you can find — western medicine, eastern medicine, herbal medicine, nutritional therapies, sunlight therapy, etc. Only a fool limits his options to the one single system of medicine that offers zero solutions.

Sources for this article include:
(1) http://www.buzzfeed.com/sheerafrenkel/a-dead…