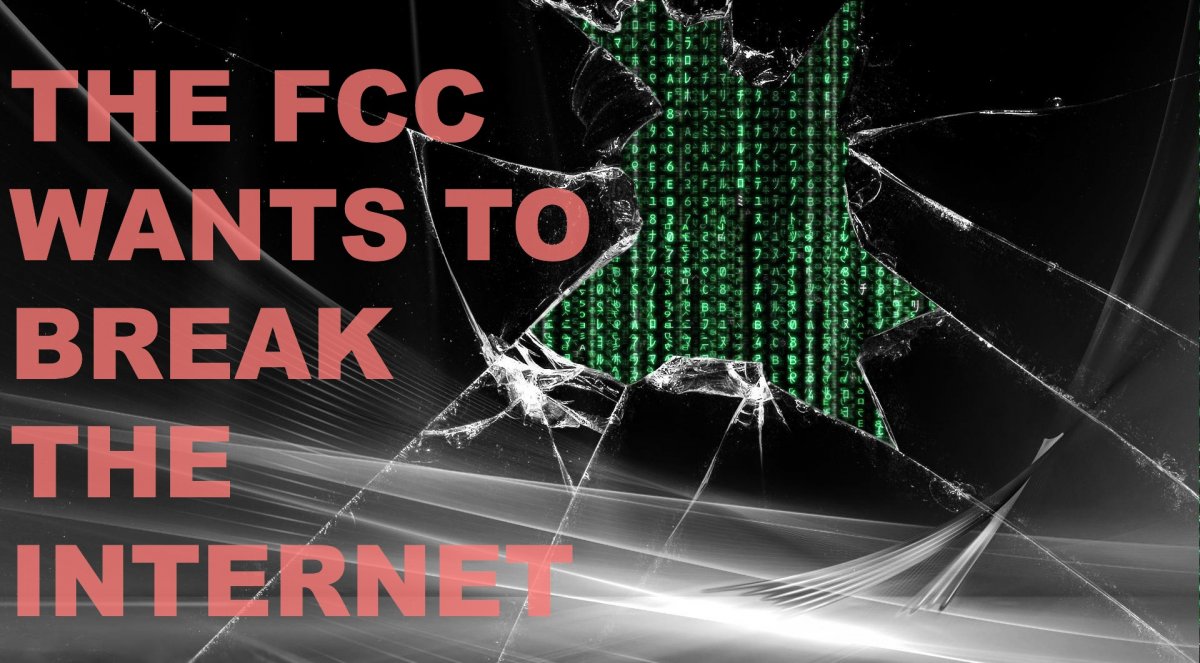 Defenders of an open, innovative and fair internet are up in arms Thursday after learning the Federal Communications Commission is about to issue new rule proposals that will kill the online principle known as “net neutrality.”

The death of net neutrality—which has governed the equal treatment of content since the internet was created—will create, say critics, a tiered internet that allows major internet service providers like Comcast and Verizon to cut special and lucrative deals with content providers who can afford to pay for special “fast lanes.” The result will be an internet that will incentivize slower traffic by ISPs and the creation of privatized, corporate-controlled “toll-roads” that will come to dominate a once fair and free environment.

“If it goes forward, this capitulation will represent Washington at its worst.”
—Todd O’Boyle, Common Cause

As reported by variousoutlets, the  new rules have been circulated by FCC chairman Tom Wheeler to the other members of the commission and will be officially announced on Thursday.

“With this proposal, the FCC is aiding and abetting the largest ISPs in their efforts to destroy the open Internet,” said Craig Aaron, president of the media advocacy group Free Press. “Giving ISPs the green light to implement pay-for-priority schemes will be a disaster for startups, nonprofits and everyday Internet users who cannot afford these unnecessary tolls. These users will all be pushed onto the Internet dirt road, while deep pocketed Internet companies enjoy the benefits of the newly created fast lanes.”

Chairman Wheeler defended the new proposals and denied the rule changes were an attack on the open internet, but Aaron rejected those claims and said that trying to argue these new rules protect net neutrality is an insult.

“This is not Net Neutrality,” he stated. “It’s an insult to those who care about preserving the open Internet to pretend otherwise. The FCC had an opportunity to reverse its failures and pursue real Net Neutrality by reclassifying broadband under the law. Instead, in a moment of political cowardice and extreme shortsightedness, it has chosen this convoluted path that won’t protect Internet users.”

“Everyday users will all be pushed onto the Internet dirt road, while deep pocketed Internet companies enjoy the benefits of the newly created fast lanes.”
—Craig Aaron, Free Press

Those who have fought hardest to protect the idea of a free and equal digital playing field for all users, however, said Wheeler’s claims don’t pass the laugh test and rebuked the Chairman’s proposals in the strongest possible terms.

“If it goes forward, this capitulation will represent Washington at its worst,” Todd O’Boyle, program director of Common Cause’s Media and Democracy Reform Initiative, told the New York Times. “Americans were promised, and deserve, an Internet that is free of toll roads, fast lanes and censorship — corporate or governmental.”

And speaking with Time magazine, Lauren Weinsten, a veteran tech-policy expert and prominent Net-neutrality advocate, said: “This is a stake in the heart for Internet openness.”

She continued: “The nation’s largest Internet service providers have hit the ultimate jackpot. These companies keep secret all of the information needed to evaluate whether violations of Internet openness have occurred, and because the FCC moves so slowly, by the time it acts, a company that’s been victimized could be out of business.”

“This is a stake in the heart for Internet openness.”
—Lauren Weinsten, tech expert

The FCC apparently doesn’t realize the dangerous incentives these rules would create. The routing of data on the Internet is a zero-sum game. Unless there is continual congestion, no website would pay for priority treatment. This means the FCC’s proposed rules will actually produce a strong incentive for ISPs to create congestion through artificial scarcity. Not only would this outcome run counter to the FCC’s broader goals, it actually undermines the so-called Section 706 legal basis for these rules.

This proposal is short-sighted and should be strenuously opposed by the broader Internet community — including millions of Americans who have urged Chairman Wheeler and his predecessors to safeguard the open Internet. The only parties cheering this idea on will be the largest ISPs who stand to profit from discrimination. We urge Chairman Wheeler’s colleagues not to support this item as currently drafted and demand nothing less than real Net Neutrality.

Both Common Cause and Free Press have already posted petitions on their sites where concerned citizens can voice their opposition and join the fight to oppose the FCC’s new rules.

People everywhere understand that the Internet is a crucial driver of free speech, innovation, education, economic growth, creativity and so much more. They demand real Net Neutrality rules that protect Internet users from corporate abuse.

But the Federal Communications Commission is proposing rules that would kill — rather than protect — Net Neutrality and allow rampant discrimination online.

Under these rules, telecom giants like AT&T, Comcast and Verizon would be able to pick winners and losers online and discriminate against online content and applications. And no one could do anything about it.

We must stop the FCC from moving forward with these rules, which would give the green light to ISPs eager to crush Net Neutrality.

The agency can preserve Net Neutrality only by designating broadband as a telecommunications service under the law. Anything else is an attack on our rights to connect and communicate.