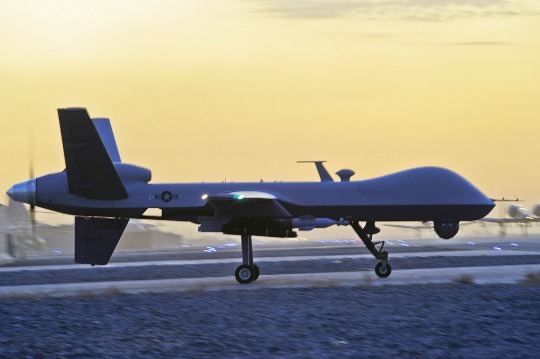 A suspected U.S. drone strike hit Yemen on Monday morning, the third such attack in as many days, killing people described as “militants” as part of “massive and unprecedented” operations targeting al Qaeda in the Arabian Peninsula.

According to reporting by the Associated Press, the most recent strike “targeted the mountainous area of Mahfad between the provinces of Abyan and Shabwa,” located in the southern part of the impoverished country.

Neither the number of casualties nor who they are is clear at this point.

An unnamed, “high-level Yemeni government official” told CNN that a “massive and unprecedented” scale of operations targeting AQAP was underway.

The day’s attack follows a weekend of U.S. strikes on the country. On Saturday at least 15 people were either killed or wounded, including at least three civilians, when a missile from a U.S. drone struck vehicles traveling on a road in the central province of al-Bayda, and on Sunday a separate attack killed 55 “militants,” the Yemeni ministry now says.

U.S. and Yemeni officials told NBC News Monday that the series of attacks was the result of a joint operation by the two countries.