It appears, based on these extremely graphic images, that the Chinese people has a different way of dealing with corrupt officials. As Shanghaiist reports, a riot involving around 1,000 people broke out last Saturday in Cangnan county of Wenzhou city, Zhejiang province, resulting in the hospitalization of five chengguan, China’s notoriously abusive and under-regulated urban enforcement officials. The alleged cause for the riots was the five’s brutally killing a civilian. According to reports, the chengguan “hit the man with a hammer until he started to vomit blood, because he was trying to take pictures of their violence towards a woman, a street vendor.” This man later died while being rushed to the hospital. Given the following images of civilian retribution; is it any wonder, the powers that be in China fear social unrest?

[Background: Chengguan is a name given to the City Urban Administrative and Law Enforcement Bureau, a municipality police that exists in every Chinese city. Chengguan are notorious for their brutality and generally hated far and wide for it. Their purpose is to enforce municipal bylaws, but they like to resort to violence and often use it against those with no means to fight back.]
The incident began…

Recently, a man noticed Chengguan abuse a local female vendor in Cangnan County of Wenzhou City, Zhejiang Province, and pulled out his cell phone camera to document their notorious brutality.

Chengguan didn’t like it and since they enjoy almost limitless impunity, they had the man hit in the head with a hammer. 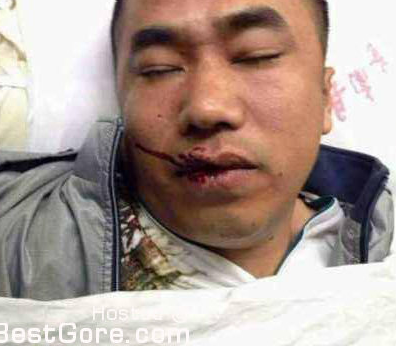 The man was taken to a hospital where he succumbed the following day.

The following report by SCMP describes what happened immediately after the five’s act of violence:

“Angered by their violence, the crowd surrounded the officials and prevented them from leaving the scene. The tension further increased after internet rumours [sic] began circulating that they had beaten an onlooker to death. 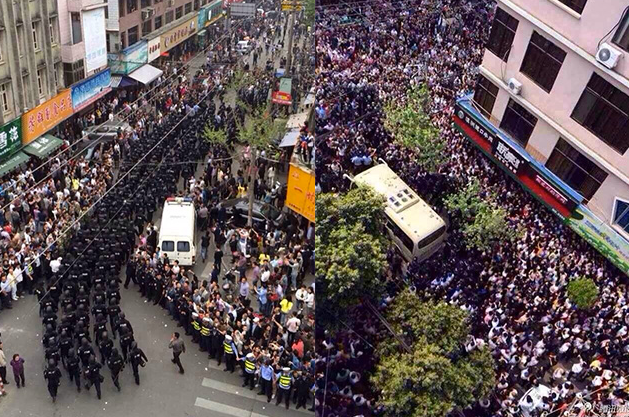 Eventually the officials were forced to seek refuge in a van, according to eyewitnesses at the scene. Members of the crowd carrying sticks and stones then smashed the van and assaulted them through windows, they told South Metropolis Daily.” 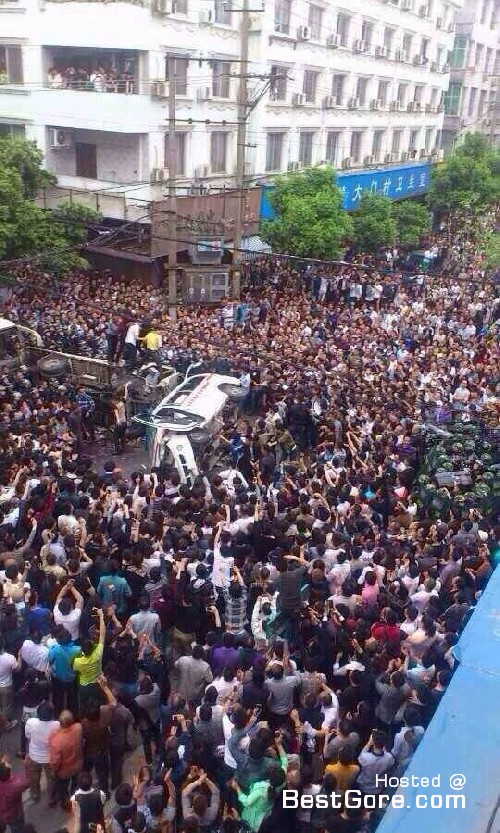 According to eyewitness accounts, the crowd — which was growing at an alarmingly rapid pace — was shouting for the chengguan to be murdered on the spot for what they did, yelling: “Kill them! Kill them!” They proceeded to beat the five until they were bloodied and unconscious, and later collectively tipped over the ambulance that had arrived to provide medical treatment. 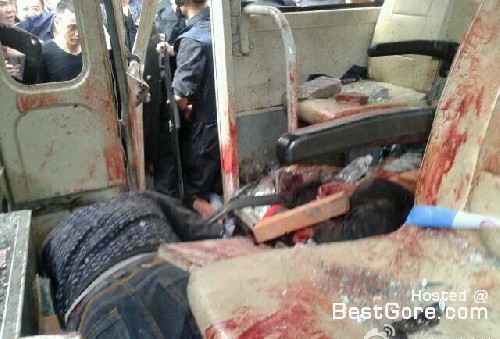 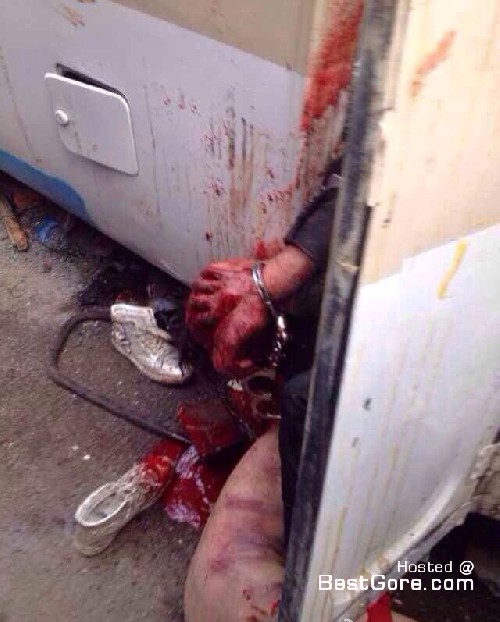 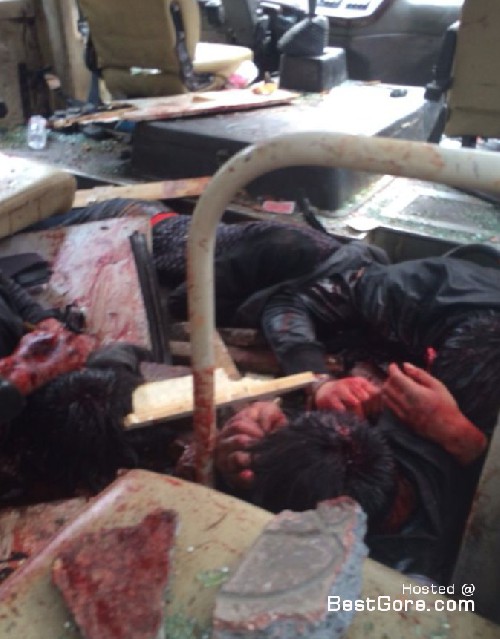 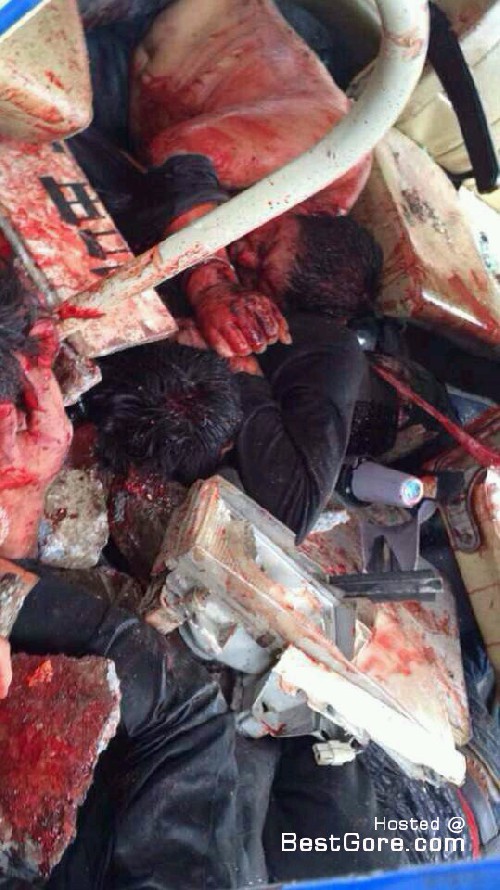 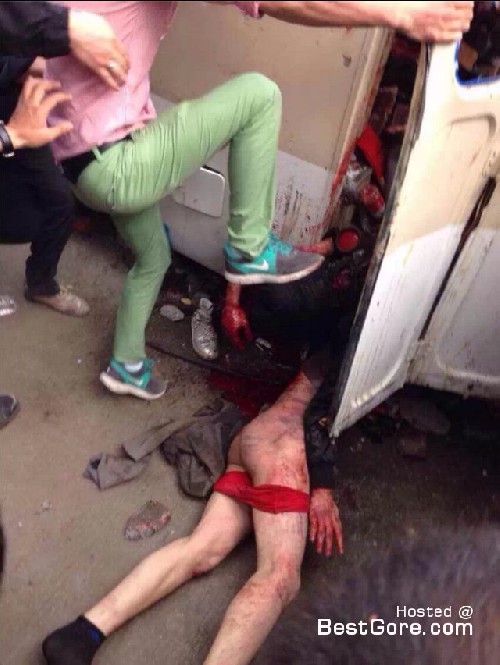 But this is not the first time…

This incident is yet another chapter in the seemingly endless saga of both chengguan brutality and corresponding civilian backlashes: The sentencing of just a few years in prison to four chengguan who collectively killed a watermelon vender in July 2013 incited widespread protests on Weibo, while a villager poured sulfuric acid on 18 chengguan in Xiamen just a few months prior. Just one month before the Xiamen incident, the execution of street vendor Xia Junfeng for killing two chengguan also sparked public outrage, with netizens comparing the severity of Xia’s sentencing with the arguably unfairly lenient suspended death sentence of Gu Kailai for confessing to the murder of British businessman Neil Heywood.

This is the inevitable consequence of letting the public to lose faith in the law enforcement and the justice system, especially when dealing with wrongdoings of government officials. There are other nations headed down the same path.