Earlier today, the Central Bank of Russia announced that starting April 21, it would revoke the license of Moscow’s Bank Zapadny. According to reports, “the bank had cooked its books and failed to comply with regulations on the amount of assets a financial organization must maintain to ensure its stability, the central bank said.” In other words, your typical FDIC Failure Friday only on Monday morning. Hardly notable. It is what happened next that was shocking. Shortly after the bank shutdown announcement, an armed man took three hostages at a Belgorod branch of precisely this failed Bank Zapadny.

Considering the bank is located in a Russian city in proximity to Ukraine some early speculation suggested the two may be related, however it appears
this may simply be the latest case of a disgruntled bank client taking matters into his own hands.  As RT reports, “he may be a client of the bank wishing to withdraw his deposit despite the bank losing its license…..Life News tabloid says it has identified one of the attackers as 46-year-old Aleksandr Vdovin, a client who holds the bank’s promissory notes for a large sum, and who decided to reimburse them at gunpoint.” 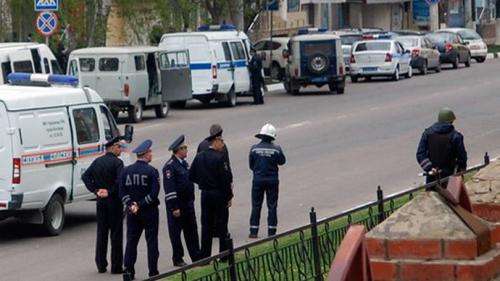 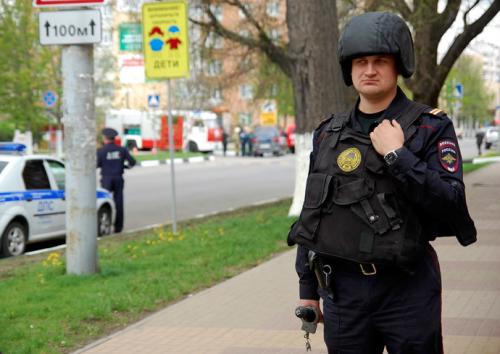 Well, that’s one way of dealing with bail-ins…

The hostage situation is developing at a branch of the Zapadny bank in Belgorod, a city in western Russia in a region bordering Ukraine.

The armed man went into the bank on Monday morning and is now demanding a certain sum of money, police confirmed. There are three people being held hostage inside, according to preliminary information.

Earlier unconfirmed media reports said the man is armed with a Saiga hunting carbine and is demanding 25 million rubles ransom ($700,000).

Police have evacuated a school and a kindergarten near the branch as precaution. The region’s police chief, General Viktor Pesterev, is at the scene. Negotiations are underway.

Curiously, unlike in Cyprus where capital controls were taken by the general public relatively calmly, in Russia the limitation on deposit withdrawals resulted in a prompt hostage situation.

More on the situation:

Life News tabloid says it has identified one of the attackers as 46-year-old Aleksandr Vdovin, a client who holds the bank’s promissory notes for a large sum, and who decided to reimburse them at gunpoint. The report added that the hostages were the branch manager, a cashier and a janitor.

LifeNews also spoke to a friend of the alleged hostage taker, Gennady Vechorka, who said his holding up of the bank branch was most likely an act of desperation. He said Vdovin, a father of two, is a rational man and would release the hostages unharmed, if he is given some time to cool down and think straight.

The tabloid spoke to Vdovin himself on the phone. He sounded rather calm and said he was about to settle his differences with the bank. He said he tried to withdraw his deposits in a proper way two days ago, but was denied. He also agreed to allow his friend, Vechorka, into the bank to act as a negotiator.

Vladimir Semago, chair of the Zapadny board of directors, blamed Russia’s central bank and its move to revoke the license for the hostage situation, saying the decision was rushed and unwise.

A video clip of the hostage situation from a neighboring hotel in Belgorod: