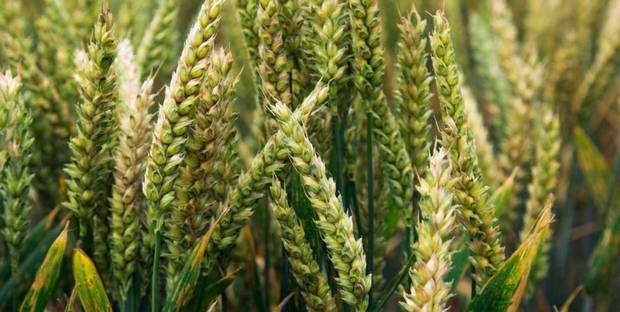 Plant scientists in Britain estimate the latest developments mean that 90 per cent of all current African wheat varieties are now vulnerable to the disease.

Last year, Germany witnessed its first outbreak of stem rust in more than 50 years. The outbreak was spurred by “a period of unusually high temperatures and an unusually late development of the wheat crop due to cold spring and early summer temperatures”, explained Kerstin Flath, of Germany’s Federal Research Centre for Cultivated Plants.

A further outbreak occurred in Ethiopia last November, with farmers losing on average 50 per cent of their wheat crop; the worst affected lost up to 70 per cent. Experts met in Mexico last month to discuss the threat. Work is under way to examine the different strains, to identify similarities.

According to Dr David Hodson, of the International Maize and Wheat Improvement Center in Addis Ababa, the disease’s threat lies in its ability to cause “large- scale destruction in a very short period of time over very large cultivated areas”. Rust epidemics could be compared to a forest fire, Dr Hodson said. Once it manages to gain ground it can very quickly spread out of control. The fungus reproduces millions of wind-borne spores, each of which is capable of starting a new infection.

Fazil Dusunceli, of the UN’s Food and Agriculture Organisation, said that the fungal disease, along with drought, are major challenges to wheat production globally.

He warned that countries need to react quickly to counter the new fungal varieties: “Production of new seed varieties is critical.” He said the UN was looking to countries such as the US, Britain and other European nations to lead the fight. “Developed countries have well-established institutions, programmes and capacities that developing countries lack. The developing countries are not sufficiently prepared to fight against these diseases and so when epidemics occur they encounter significant losses,” he said.

British scientists from the Sainsbury Laboratory, together with those from the world-renowned John Innes centre, both in Norwich are in the vanguard of efforts to combat the outbreaks. The UK teams are trying to control the disease with genetics rather than develop more powerful chemical fungicides. The work currently includes cloning new sources of resistance from wild grasses and from barley, which they think is essentially completely resistant to wheat rust.

Academics at Cambridge University, led by Professor Christopher Gilligan, are using sophisticated mathematical models to help predict the likely spread from outbreaks. “The project is designed to develop and test mathematical models that can be used to improve understanding of when, where and how disease spreads, which regions are most at risk and how to control epidemics,” Professor Gilligan said.

Using models from the UK Meterological Office, the Cambridge team were able to predict the likely spread of the Ethiopian outbreak. “The results helped to direct sampling teams to find further outbreaks, from which it became apparent the epidemic was more severe and widespread than had been previously reported.” Further work by the modellers has identified which of the countries surrounding Ethiopia in Africa, and the Middle East, are most at risk. “The current evidence suggests that the risk of direct spread to the Indian subcontinent is small during the winter months,” Professor Gilligan said.

“The models show, however, that the fungus could spread in stages, by first infecting wheat crops in the Middle East and then spreading to other major wheat-growing areas.”

According to scientists, climate change is in part behind the threat. The aggressive spread of two forms of the fungus is widely believed to be linked to its rapid adaptation to warmer conditions. Dr Hodson said this is resulting in outbreaks in countries not previously affected, with epidemics in several countries from North Africa to South Asia.

“The result has been large-scale epidemics in many parts of the world and stripe rust appearing in areas that were not considered favourable environments for the disease. Conditions this year were extremely favourable for rust development. In Ethiopia more than 600,000 hectares of wheat were affected – about one-third of the total area under wheat cultivation. Farmers suffered considerable production losses.

“Precise effects are difficult to ascertain. Certainly climate change is having an influence, and will have an influence on pests and diseases in terms of shifts in distribution patterns and shifts in the timing of their appearance.”

Pests and diseases are a major threat to agriculture around the world, producing blights that  cost farmers millions in lost production.

Wheat rusts (yellow, leaf and stem rust) are fungal diseases that affect wheat in almost every country in which it grows, as infectious spores are transmitted by wind and through soil. Seven to 15 days after infection, small red dots called uredinia begin to form on the leaf or stem surface. The stem rust fungus, Puccinia graminis, attaches to another organism to survive, killing the host in the process.

Pests and diseases are a major threat to agriculture around the world, producing blights that cost farmers millions in lost production.

Asian soybean rust affects the soya crop in Brazil – the world’s biggest producer. There are more than 244 confirmed cases this year. Industry spending on insecticides and fungicides is expected to reach $11bn (£6.6bn).

Cocoa pod borer disease Cocoa bean production in Indonesia, the world’s third-largest producer, is likely to dip 2 per cent to 410,000 tonnes for 2013-2014, according to the International Cocoa Organisation. The fall is in part due to a tiny, mosquito-sized moth which attacks the plant.

Potato blight is a fungus-like organism (above) that thrives in damp, humid conditions. The speed with which blight infection occurs and the devastating impact on the crop make it the biggest threat to the six million tonnes of potatoes produced in the UK each year.

Coffee leaf rust is an orange-coloured fungus that has swept through coffee fields from Mexico to Panama. The epidemic is affecting the livelihoods of more than two million people and causing the loss of 500,000 jobs.