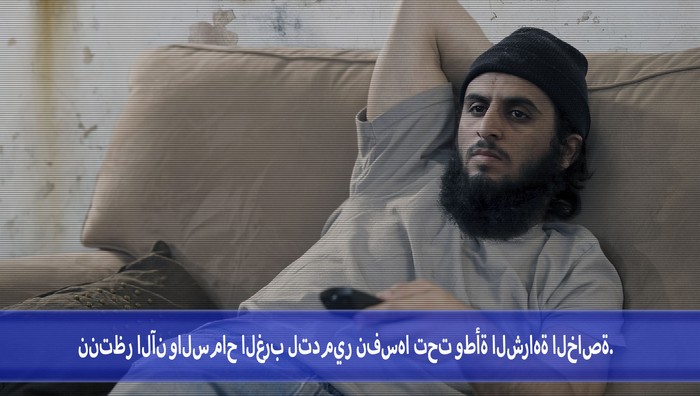 WASHINGTON—Putting the nation on alert against what it has described as a “highly credible terrorist threat,” the FBI announced today that it has uncovered a plot by members of al-Qaeda to sit back and enjoy themselves while the United States collapses of its own accord.

Multiple intelligence agencies confirmed that the militant Islamist organization and its numerous affiliates intend to carry out a massive, coordinated plan to stand aside and watch America’s increasingly rapid decline, with terrorist operatives across the globe reportedly mobilizing to take it easy, relax, and savor the spectacle as it unfolds.

“We have intercepted electronic communication indicating that al-Qaeda members are actively plotting to stay out of the way while America as we know it gradually crumbles under the weight of its own self-inflicted debt and disrepair,” FBI Deputy Director Mark F. Giuliano told the assembled press corps. “If this plan succeeds, it will leave behind a nation with a completely dysfunctional economy, collapsing infrastructure, and a catastrophic health crisis afflicting millions across the nation. We want to emphasize that this danger is very real.”

“And unfortunately, based on information we have from intelligence assets on the ground, this plot is already well under way,” he added.

A recently declassified CIA report confirmed that all known al-Qaeda-affiliated organizations—from Pakistan to Yemen, and from Somalia to Algeria—have been instructed to kick back and enjoy the show as the United States’ federal government, energy grid, and industrial sector are rendered impotent by internal dissent, decay, and mismanagement. According to statements made by top-level informants and corroborated by leading Western terrorism experts, if seen through to its conclusion, al-Qaeda’s current plot could wreak far more damage than the events of 9/11.

In the past year, money transfers to al-Qaeda cells around the world have reportedly been accompanied by instructions to use the funds to outfit safe houses with the proper equipment to receive American cable news broadcasts and view top U.S. news websites, allowing terrorists to fully relish each detail of the impending demise of the last global superpower.

Additionally, FBI officials made public an internal al-Qaeda video today in which the terrorist organization’s leader Ayman al-Zawahiri chillingly exhorts his followers to “take a load off” and “unwind” in the name of jihad, and really cherish the victory over their enemy.

“Praise Allah, for soon every American city shall be plagued with disaster and hardship,” al-Zawahiri said in the video, which includes several minutes of footage of young, masked al-Qaeda militants casually sipping beverages as they thumb through the latest issues of Time and U.S. News And World Report. “The infidels have brought this pain and destruction upon themselves through their arrogance and callousness. Soon, the United States will watch in horror as its bridges crumble, its desperate citizens suffer in want of medicine and paying employment, and its once vast riches are reduced to naught. The righteous warriors among our ranks must now unite, get comfortable, and look on from afar at the calamity unfolding in the West.”

“We vow that we will not cease sitting around and laughing it up until America is reduced to rubble,” he continued.

Al-Zawahiri, who is seen in the video reclining back in his chair, putting his feet up, and flipping on CNN, later shouts “Allahu Akbar!” when a story is aired about the decade-long trend of stagnant wages among American workers.

The FBI has also warned that numerous al-Qaeda agents may have established sleeper cells for the purpose of “getting a kick out of” the nation’s downfall on American soil. The bureau urged U.S. residents to use caution around schools, hospitals, legislative bodies, prisons, and other decaying institutions whose imminent failure terrorists may wish to observe up close.

Speaking on condition of anonymity, one high-ranking U.S. counterterrorism official has described the present situation as a massive failure of intelligence.

“The warning signs were there all along, but unfortunately we failed to heed them,” said the official, who advised Americans to brace for widespread devastation. “If we’d listened to experts or even our own common sense, we would’ve realized that this plot was being actively orchestrated within our own borders. But we didn’t, and now every one of our citizens and our very way of life is at risk from this threat.”

“Sadly, al-Qaeda has us right where they want us,” the official added, “and at this point, I fear it is too late to do anything about it.”

Responding to the allegations, a spokesperson for al-Qaeda reportedly confirmed the terror group’s plot and praised the American people as martyrs of the highest order.