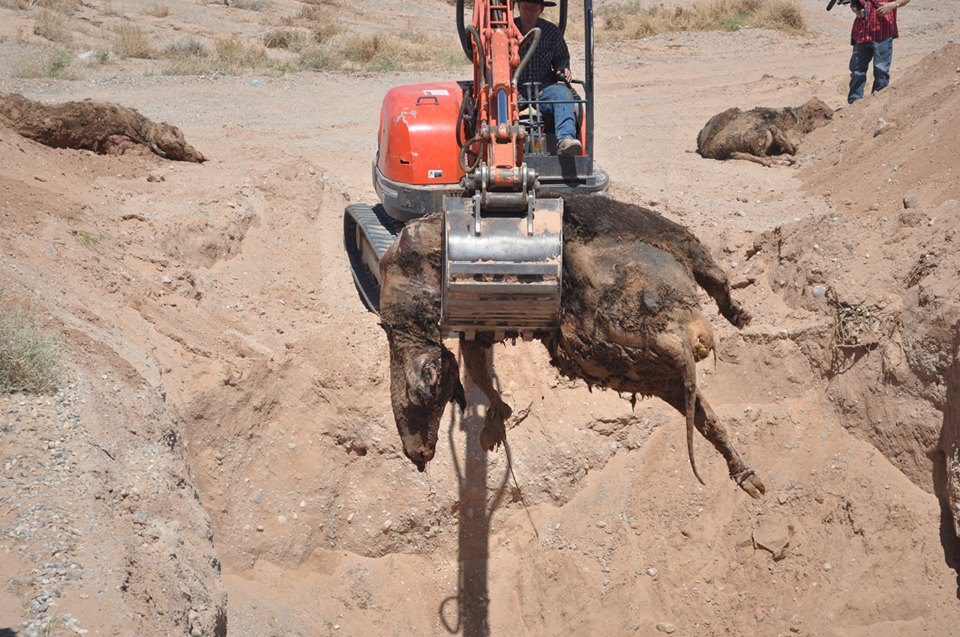 A new photo released by the Bundy family posted to the official Bundy Ranch Facebook page Sunday shows more evidence that the Bureau of Land Management was illegally killing and burying cattle.

The image shows multiple dead cows being removed from what appears to be a mass grave discovered over the weekend.

“Digging up one of the HUGE holes where they threw the cows that they had ran to death or shot,” the facebook description reads. “I feel that this NEEDS to be put out for the public to see.”

The picture is emerging just days after Republican member of the Nevada General Assembly Michele Fiore tweeted out an image of a dead bull apparently killed by a gun shot wound in the back of the head. A wound Fiore said came from a BLM helicopter gunman. 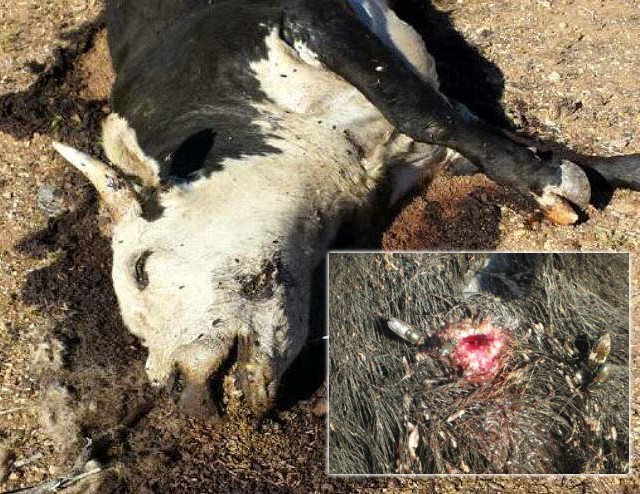 “Near their compound, right off the highway, they were digging holes,” Fiore said. “They tried to bury some cows on the compound, but I guess they didn’t dig the hole deep enough, so they throw a cow in and they put dirt over him and you have cows’ legs sticking up out of the dirt.”

Pressure from the likes of Fiore and alternative media outlets ultimately pressured the BLM to admit to shooting and killing two prized bulls earlier this week, claiming the animals were a “safety hazard” after vehemently denying it.