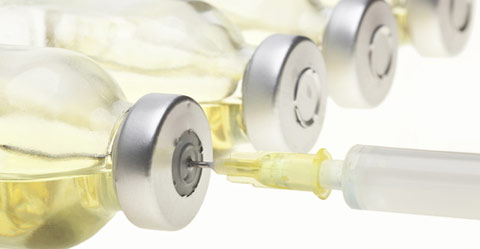 A French research institute working on various deadly viruses, including SARS, has apparently misplaced thousands of tubes and no one is quite sure where they went.

A routine inventory check at Paris’ Pasteur Institute revealed that 2,349 tubes containing fragments of the virus responsible for the deaths of 774 people in 2002 were missing, the centre named after French chemist Louis Pasteur said.

It is not clear how the tubes disappeared from one of the institute’s safest laboratories. Management were made aware of the loss in January, Le Monde newspaper reported.

“We went thought the lists of all the people who have worked here in the past year and a half, including trainees. We have scrutinised their profile to check if there was any conflict.”

Bréchot said that foul play was “highly improbable” but had not been ruled out.

Though it’s not clear how, investigators have pretty much ruled out foul play. But keep in mind that we’re talking about a deadly virus that has been removed from what should be a highly secured area.  Moreover, no one seems to know when the virus was actually taken.

According to the Pasteur Institute, however, there is no immediate danger because the virus in the vials won’t spread the disease:

The institute was quick to reassure the public and said that the contents of the missing vials had no infectious potential. They contained only part of the virus and had no ability to spread.

“Independent experts referred by health authorities have qualified such potential as ‘non-existing’ according to the available evidence and literature on the survival of the Sars virus,” the institute said.

When dealing with deadly viruses, it is always a good idea to secure your facility, which makes this particular disappearance alarming.

Although the fragments are not dangerous, they do raise concerns by revealing the lab’s vulnerability, said Dr. William Schaffner, chair of preventive medicine at Vanderbilt University Medical Center in Nashville, Tenn.

“It’s actually not in itself so scary but you wonder about the procedures in that laboratory,” said Schaffner, who is also a former president of the National Foundation for Infectious Diseases. “Could that lab and perhaps others actually misplace vials that have the complete virus so that it might escape?”

For all we know, the vials disappeared months ago, which brings up the possibility that other infectious disease tubes may have also disappeared.

Apparently, security at these high level research facilities is not up to par. Last year a vial of Guanarito bio-terror agent capable of being used in a “contagion attack” disappeared from a Galveston, TX facility. The incident was voluntarily disclosed to the public but the lost tube has yet to be located.

What’s scary is that, even though such events must be reported to the CDC by law, the public really has no way of knowing whether a deadly agent has been compromised, giving ample time for such a virus to spread should it be released as a weapon.

Moreover, we now have government facilities being built in and around population centers such as the Bio Safety Level 4 facility centrally located in Kansas.

In the wrong hands, one of these agents could easily be used to attack an entire population – and given the “security” of these facilities it may not be so hard to acquire one. And once they have it, it’s as simple as releasing it in a major airport, sitting back, and watching the infection spread and kill off thousands, or perhaps millions of people.