– Herbalife Tumbles 14% On News Criminal Probe Has Been Launched Into Company (Zerohedge, April 11, 2014):

The Herbalife drama – perhaps the biggest billionaire pissing contest of 2013 – just got excting again, following FT news that a criminal probe has been launched into Herbalife. “The US Department of Justice and the Federal Bureau of Investigation are investigating Herbalife, the multi-level marketing company that hedge fund manager Bill Ackman has alleged is a pyramid scheme, according to people familiar with the matter. The criminal investigation by the FBI and US attorney’s office in Manhattan raises the stakes for Herbalife, which is already facing civil inquiries from multiple government agencies that are looking into the Los Angeles-based company and its associated network of independent distributors.”

One can’t help but wonder if those “people familiar” have a material stake in Pershing Square, which as is widely known has an extensive short and put position in HLF shares, which as expected tumbled by 14% on the news. 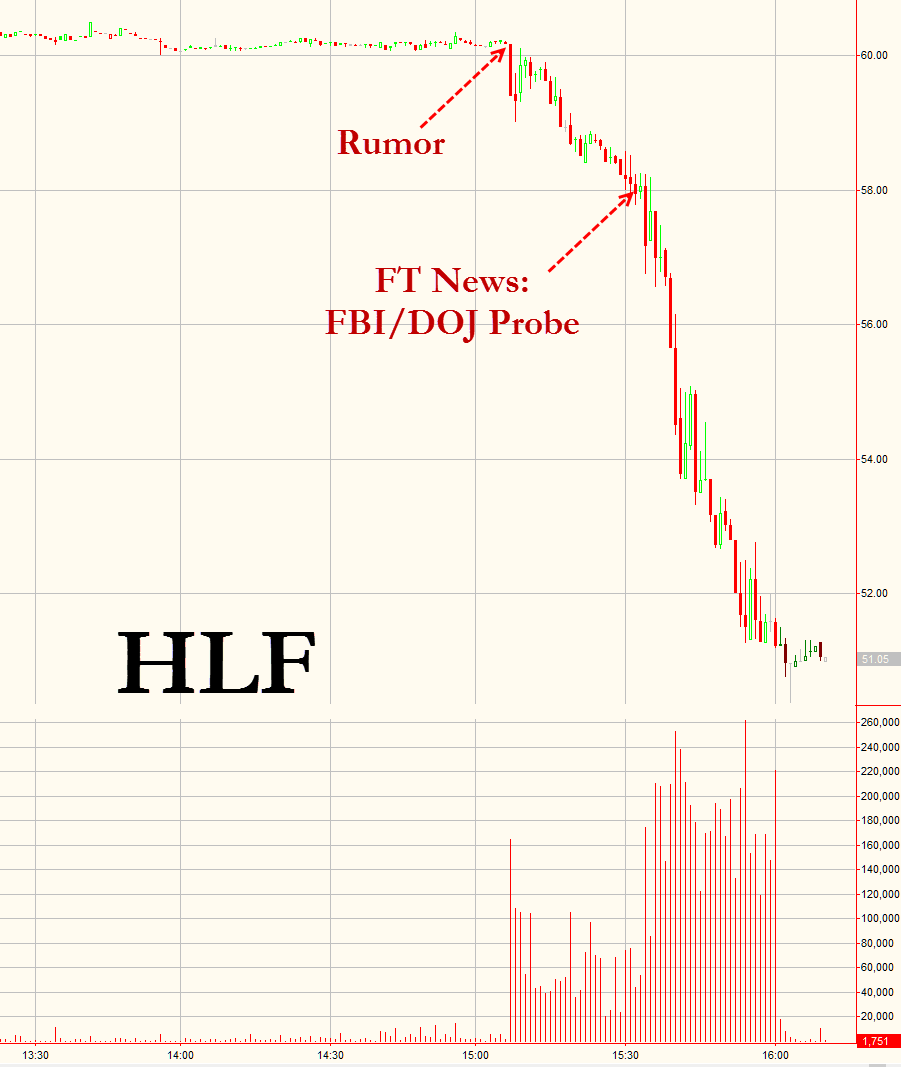 Ironically the selloff started earlier following a Gasparino tweet saying that HLF is cooperating with 20/20 on a possible expose.

FBN NEWS: $hlf cooperating with 20-20 for past 2 mos on possible expose more at 323 on @FoxBusiness

Herbalife tells Fox Business: co is unaware of a informal or formal criminal probe into #hlf it has received no subpoena unlike civil FTC

Still, as the FT notes “The inquiry may not lead to any charges. Herbalife has not been accused of any wrongdoing” and additionally after the FT story broke, Gasparino added the following:

Herbalife said: “We have no knowledge of any ongoing investigation by the DoJ or the FBI, and we have not received any formal nor informal request for information from either agency. We take our public disclosure obligations very seriously. Herbalife does not intend to make any additional comments regarding this matter unless and until there are material developments.”

The probe, if confirmed, will merely be the latest headache following previous news that the FTC is investigating the company on a civil basis.

And then, moment ago, Herbalife issued the following statement which merely repeated what the FT had already noted:

We have no knowledge of any ongoing investigation by the DOJ or the FBI, and we have not received any formal nor informal request for information from either agency. We take our public disclosure obligations very seriously. Herbalife does not intend to make any additional comments regarding this matter unless and until there are material developments.

Of course, the question remains: will Carl Icahn – for whom the outcome of the Herbalife spat with Bill Ackman is much more about personal pride than anything – now be forced to LBO the DOJ and the FBI in addition to the FTC just to make sure there are no roadblocks in his quest to crush Ackman. 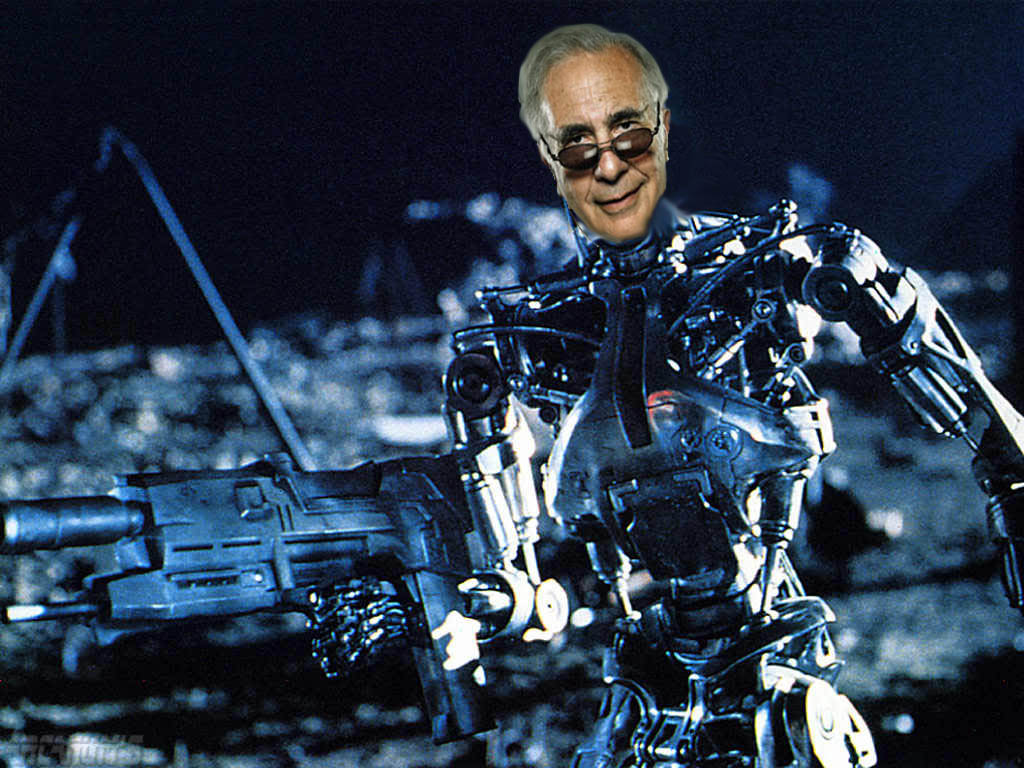 It remains to be seen, although rumor has it Jefferies already has a highly confident letter it can underwrite the B2/B- rated junk bonds needed to take private the US Department of Injustice and the FBI.