Only one out of six Americans could correctly locate Ukraine on a map of the world, but perhaps even more disconcerting, as The Washington Post reports, the farther their guesses were from Ukraine’s actual location, the more they wanted the US to intervene with military force… 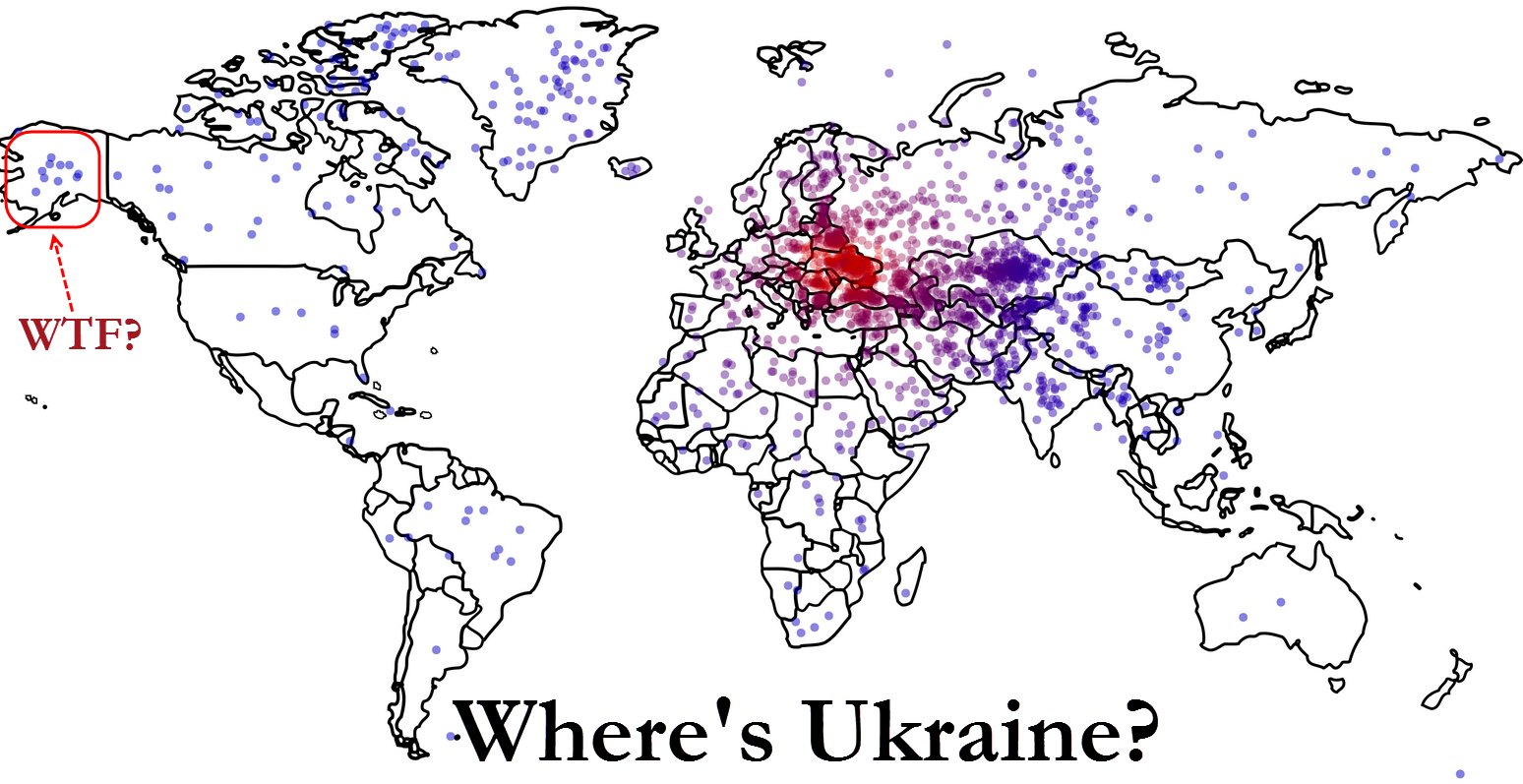 Accuracy varies across demographic groups. In general, younger Americans tended to provide more accurate responses than their older counterparts: 27 percent of 18-24 year olds correctly identified Ukraine, compared with 14 percent of 65+ year-olds. Men tended to do better than women, with 20 percent of men correctly identifying Ukraine and 13 percent  of women.

The proportion of college grads who could correctly identify Ukraine is only slightly higher than the proportion of Americans who told Pew that President Obama was Muslim in August 2010.

The further our respondents thought that Ukraine was from its actual location, the more they wanted the U.S. to intervene militarily.

Even controlling for a series of demographic characteristics and participants’ general foreign policy attitudes, we found that the less accurate our participants were, the more they wanted the U.S. to use force, the greater the threat they saw Russia as posing to U.S. interests, and the more they thought that using force would advance U.S. national security interests; all of these effects are statistically significant at a 95 percent  confidence level.

The results are clear, but also somewhat disconcerting:

The less people know about where Ukraine is located on a map, the more they want the U.S. to intervene militarily.

1 thought on “Where’s Ukraine? Only 1 Out Of 6 Americans Correctly Locates The Ukraine On A World Map”