Perhaps no chart better captures the current fleeting, momentum-chasing “euphoria to despair” sentiment in the markets, in which nothing is real or fundamentally-driven, and where everything is a “smoke and mirrors” illusion encouraging the speculative stampede into (and then out of) the comfort of printed paper “wealth”, than the following visual summary of how foreign cash came to Japan, injecting a record amount of money on hopes that Abenomics would promptly send the Nikkei to 20,000, and upon realizing the failure of Abenomics to result in a virtuous market expansion (the Nikkei is down about 7% for 2014), has high-tailed it out of the land of the rising sun at the fastest pace in history! 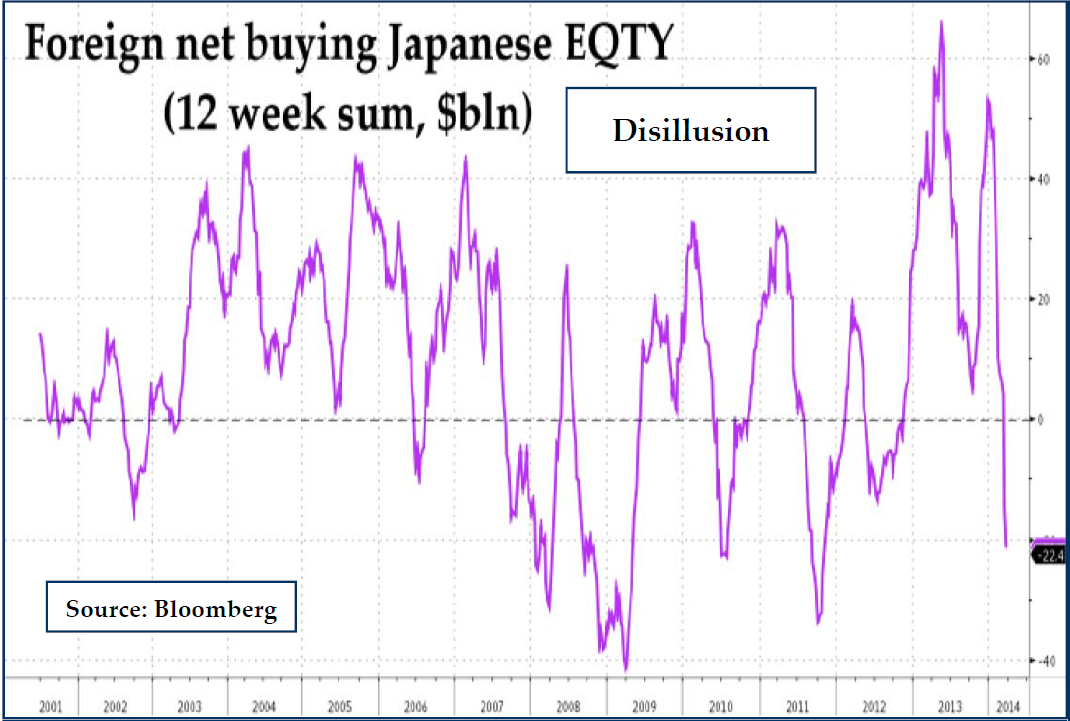 And keep in mind that the Nikkei is still roughly, and artificially, 50% higher than where it will be once the Abenomics euphoria is fully faded. Which is why the purple line may still have a very long way to go… in an inversely upward direction.