Nearly 2,000 capsules containing radioactive waste at the Hanford Nuclear Reservation need to be relocated. That’s because the site was built in an area that’s prone to earthquakes. How could this happen? 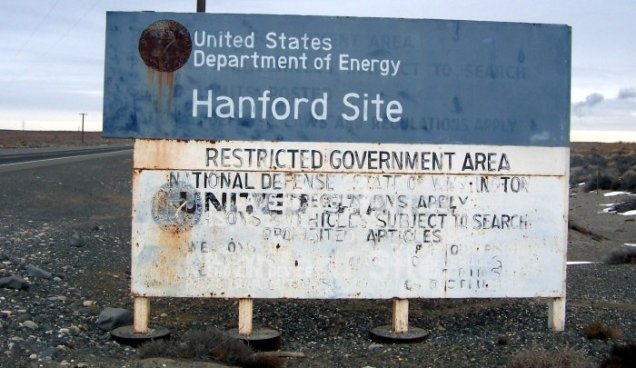 The facility, located in in southeastern Washington State, was the world’s largest producer of plutonium during the Cold War. Today, it is America’s most contaminated nuclear site, and the focus of an ongoing cleanup that is costing taxpayers some $2 billion per year.

The 1,936 capsules contain radioactive cesium and strontium that was previously buried in underground tanks, and then later moved into “wet storage”—a 13-foot-deep pool of water that helps cool the corrosive-proof containers, which account for 32 percent of the radioactivity at Hanford.

And, now, according to this Inspector General report from the US Department of Energy, the capsules in the Waste Encapsulation and Storage Facility (WESF) need to be moved yet again:

The March 2011 tsunami and subsequent events at the Fukushima Dai-Ichi Nuclear Power Plant in Okuma and Futaba, Japan highlighted the vulnerabilities to nuclear facilities from possible seismic and natural disasters that are more severe than the facilities’ original design, or “beyond design threats.” One possible threat is a severe earthquake that may result in loss of power and/or loss of water in the WESF pool.

Making matters worse—yes, as usual, there’s a “worse”— the report notes that the storage facility has been in service for nine years beyond its design life. The age is beginning to show: the concrete in the WESF pool cells has begun to deteriorate due to years of radiation exposure.

So, it’s now incumbent upon the Energy Department to find a new temporary storage facility. I say “temporary” because we still don’t have a permanent nuclear waste repository. But, no worries, the government has set a goal to open such a facility…in 2048.