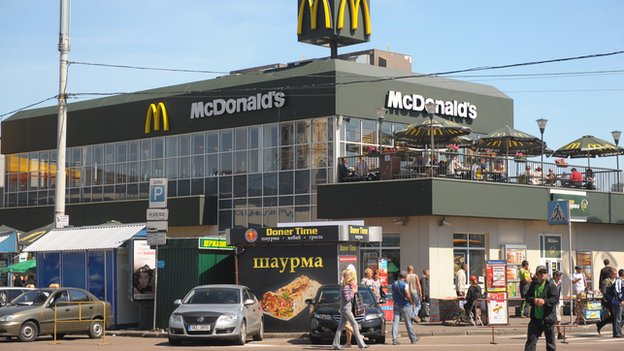 McDonald’s has altered its operations in the Crimea after tensions between Russia and the West.

McDonald’s has suspended work at its three Crimean restaurants following ongoing diplomatic tensions in the region.

The company said that it would try to support staff, and hopes to re-open its restaurants as soon as possible.

The firm is the second in the Crimea to alter its operations after heightened tensions between Russia and the west.

Deutsche Post said on Thursday that it was no longer accepting letters for Crimea.

“Due to operational reasons beyond our control, McDonald’s has taken the decision to temporarily close our three restaurants in Simferopol, Sevastopol and Yalta,” McDonald’s said.

A Reuters report said that the company had offered to relocate staff who wished to move to Ukraine.