With Russia continuing to diplomatically assure the world that no invasion is pending, and rather comically asking for President Obama’s benevolent aid in policing the treatment of Russians in non-Crimean Ukraine; it seems from all actions (as opposed to words) that Putin is pressing ahead with building his forces (up to 60,000) around the divided nation and as Dmitry Tymchuk notes, planning for invasion from Chernihiv to Donetsk. Internal politics continue to roil as Klitschko pulls out of the Presidential election (just as the US wanted) but we suspect the Ukrainians will be confused to discover their USA saviors have been spying on the future Premier Tymoshenko for years. The people of Ukraine are likely a little upset at We are sure Kerry and Lavrov will have plenty to discuss tomorrow in Paris and perhaps the following map will be a good starting point.

Kerry canceled plans to return to the United States from Saudi Arabia on Saturday and instead was headed to Paris for a meeting with Russian Foreign Minister Sergei Lavrov on Sunday evening, Psaki said from a refueling stop here. The goal is to reach agreement on what happens next over Ukraine, following up on a phone call Friday between Russian President Vladimir Putin and President Obama.

Klitschko pulls out of Presidential election…

Leading Ukrainian politician Vitaly Klitschko has pulled out of presidential elections planned in May.

The former boxing world champion said instead he would back tycoon Petro Poroshenko.

Both men played a key role in months of street protests that led to the ousting of President Viktor Yanukovych.

Mr Klitschko’s withdrawal means the race is likely to be between Mr Poroshenko and former Prime Minister Yulia Tymoshenko.

Which is exactly what the US had been hoping for (judging by Victoria Nuland’s conversation). However, as Spiegel reports, the Ukrainians may look on their bailout-funding corruption-beating saviors – The USA – a little differently when they find out the NSA has been spying on Tymoshenko for years… 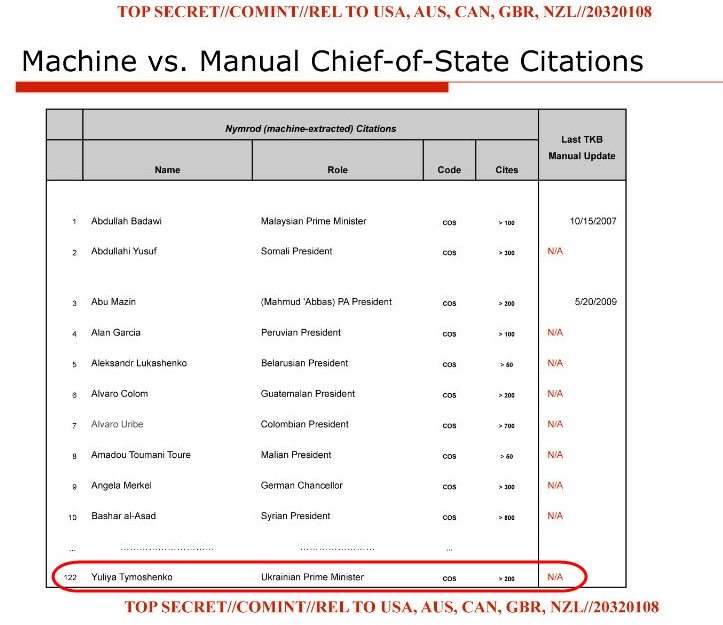 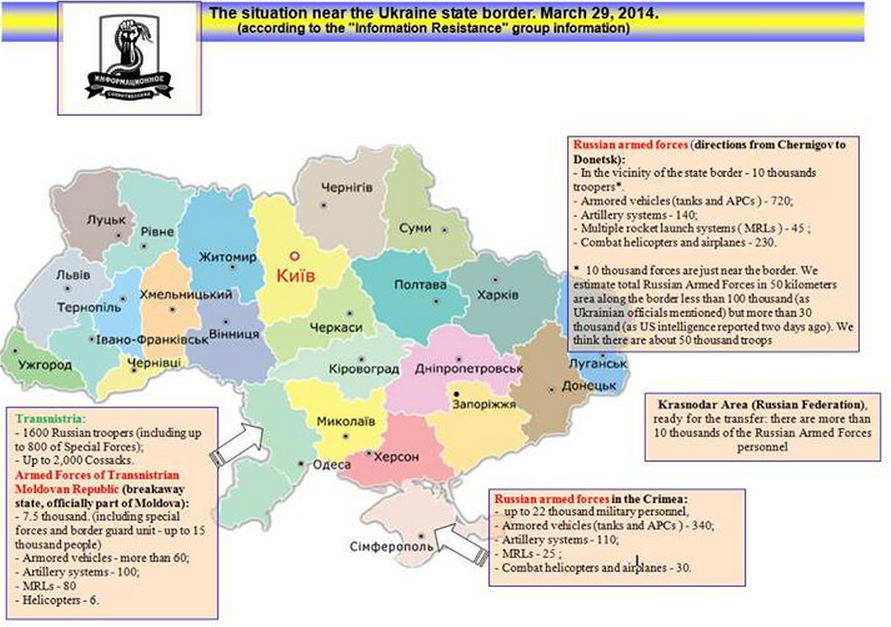 As Dmitry Tymchuk – a widely read Ukrainian so clearly he has his own bias but is instrumental in understanding the Ukraine perspective which currently the most irrational and thus unpredictable, explains on his blog, there is “good news and bad news.”

1. The Russian military forces accumulated at our borders are increasing in number, due to the arrival of new units and detachments to the Bryansk oblast [region] of the Russian Federation. Earlier, we saw a build-up of troops in Rostov oblast, while the numbers were considerably lower in the north.

This means that Putin is preparing an invasion across our whole “eastern front” – from Chernihiv to Donetsk.

The interesting thing is, on March 23, international observers carried out a survey flight over the borderland areas of the Russian Federation. At that time, Moscow pulled some of its troops in Rostov oblast back from the border; while in Bryansk oblast, there weren’t that many to begin with. As soon as the inspectors left, the troops crawled back to the border, like cockroaches with the lights out. In short, one would have to be a complete sucker to trust the Kremlin.

The only encouraging detail is the fact that by now, the Armed Forces of Ukraine have successfully regrouped. Our border guards keep the border under strict control, while our intelligence services are actively neutralizing Russia’s “fifth column” in our eastern oblasts. All of these things can serve to seriously meddle with the Kremlin’s plans.

2. Ukraine, essentially, has no Navy. Earlier today, we presented a full breakdown of the situation: 10 ships are flying the Ukrainian flag, and 51 have been captured by the occupiers.

The Ukrainian Ministry of Defense is currently negotiating to reclaim at least some of the property stolen by the aggressor. But we know how this works – if Putin says “I didn’t take it,” he’s not going to give it back. Nevertheless, we have to try, at least to make ourselves look better.

1. Aggression against Ukraine is already becoming too costly for Russia. The outflow of capital from the Russian Federation has reached USD 70 billion, since the beginning of this year. Today, the World Bank announced a forecast (as reported by the Wall Street Journal): if Putin continues to escalate the situation, Russian GDP will drop by 1.8% in 2014. Compared to the 1.3% growth in the previous year, that’s quite a difference.

It’s obvious that getting through that nut’s [Putin’s] thick skull is not an easy task. But noticeable [financial] losses are definitely a good sign. Let’s see which force is stronger in the Kremlin – aggression or greed.

2. As I was writing this, reports came in that six of our commanding officers, previously kidnapped in Crimea by terrorists calling themselves “Russian military,” have been set free. Today, they are heading to Henichesk through Chonhar, and from there, to Kyiv.

I can only breathe with relief. Our heroes are free – and that is excellent.

I’m not a vicious person myself. But I’d like to wish, from the bottom of my heart, that our Russian friends find themselves on the receiving end of the same low and despicable treatment that they’ve been giving our servicemen in Crimea this whole time. Let them drink that in full and choke on it.

The military, and the political importance of military exercises, in eastern Ukraine cannot be overestimated right now. Our army – slowly and gradually, with moans and groans, with exploding tanks and crashing planes – is waking up from its 20-year-long lethargy. For the first time since the years of Ukrainian independence, it [the army] is starting to understand why it even exists. The same can be said for our entire country.

3 thoughts on “Meanwhile, Tens Of Thousands Of Russian Troops Continue Piling Up At Ukraine’s Borders – The Full Update”