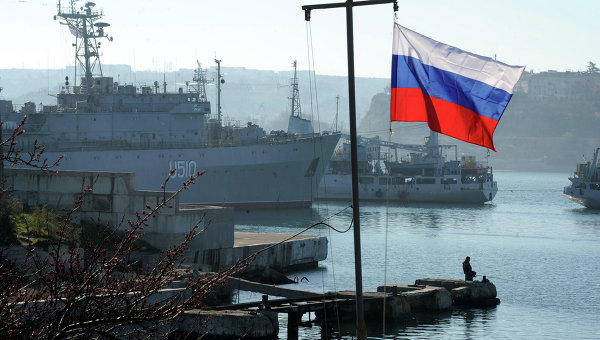 The ship raised the Russian flag after negotiations on Saturday evening, the Kryminform news agency said.

“There was no storm. The Slavutich hoisted the Russian flag and the crew went ashore,” the agency quoted a representative of the Crimean self-defense forces as saying.

According to the Kryminform news agency, no ships under Ukrainian flags have left in Crimea.

Ukraine’s only submarine, the Zaporizhzhia, also raised the Russian flag on Saturday.

The Russian Defense Ministry said that about 190 military units in Crimea have hoisted Russian flags instead of Ukrainian and applied to join the Russian armed forces.

Russian President Vladimir Putin signed a decree on Friday to ratify the treaty providing for the reunification of the Crimean Peninsula with Russia.

Leaders in the predominantly Russian-ethnic republic refused to recognize the legitimacy of the government in Kiev that came to power amid often violent protests last month, instead seeking reunification with Russia.