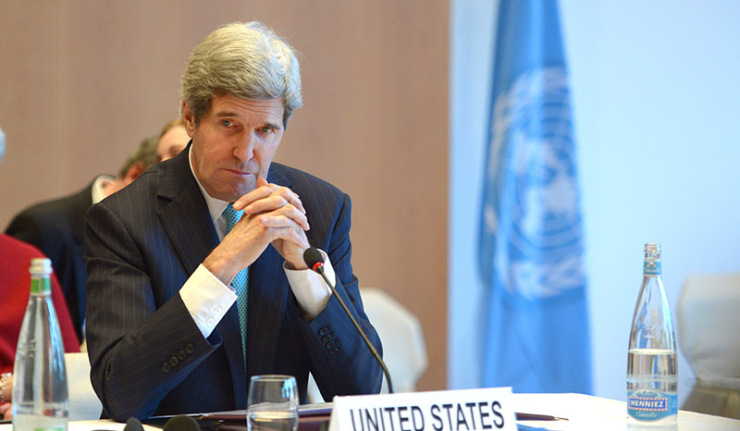 If the Crimean referendum takes place there will be some sanctions and some response, US State Secretary John Kerry has said after the meeting with Russian Foreign Minister Sergei Lavrov on the situation in Ukraine.

John Kerry said that Russian President Vladimir Putin will make no decision on Ukraine until after Sunday’s referendum on the region of Crimea.

Kerry also added after six hours of talks with Foreign Minister Sergei Lavrov in London that the Russian “made it clear that President Putin is not prepared to make any decision regarding Ukraine until after the referendum on Sunday.

The US Secretary of State warned that the recognition from Moscow of Crimea’s referendum on “rejoining” Russia would represent a “back-door annexation” of the Ukrainian region and here would be “consequences if Russia does not find a way to change course.”

Kerry says he put many “constructive ideas” on the table during the London meeting.

“After much discussion the foreign minister made clear that President (Vladimir) Putin is not prepared to make any decision regarding Ukraine until after the referendum on Sunday,” Kerry said.

On Friday, Russian Foreign Minister Sergei Lavrov and the US Secretary of State John Kerry held talks on the situation in Ukraine in the US ambassador’s residence in London. The foreign policy chiefs hoped that the meeting will help the sides to come to an agreement on the Ukrainian situation.

The situation with Ukraine is a difficult one as a lot has happened, Russian FM Sergei Lavrov said earlier in the day at the opening of a meeting with the US Secretary of State John Kerry.