We are sure it is just coincidence – and awkward combination of luck and suspicious timing – but Vedomosti reports that Viktor Zubkov, the Chairman of Russia’s massive energy monopoly Gazprom, dumped his entire stake in the company just a few weeks before Vladimir Putin crossed the red line. Gazprom shares have dropped 25% in the last 3 weeks so his timing was impeccible. 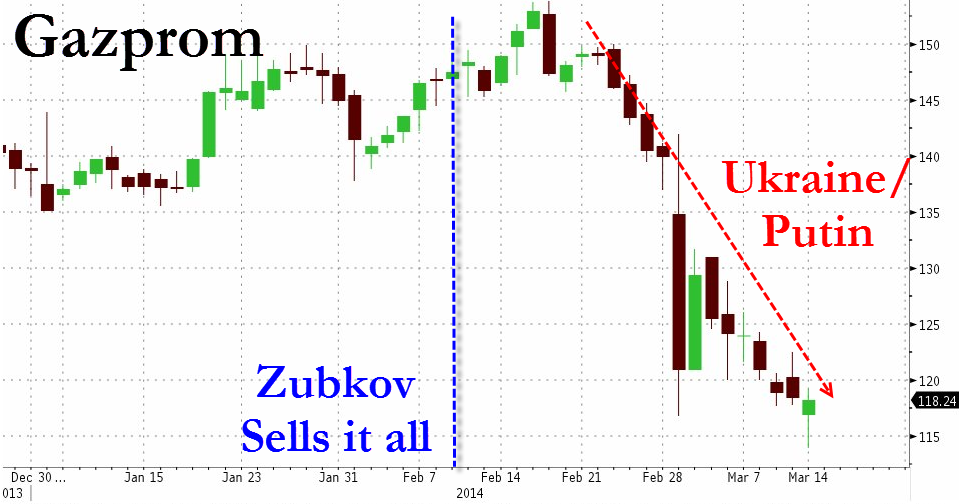 The Chairman of the Board of Directors “Gazprom” Viktor Zubkov has sold his stake in the company, it follows from the monopoly.

The change in share occurred February 11, 2014, the issuer learned about it on March 13.

Now Zubkov 0% stake in the company.

Thus, Zubkov sold his shares prior to the collapse of the Russian stock market on March 3.

It’s good to have friends running the country eh? Thank you Mr. Putin. This is important as so many Western watchers believe a crumbling Russia stock market will prompt Putin to back away… it appears his Oligrach friends already got the nod…