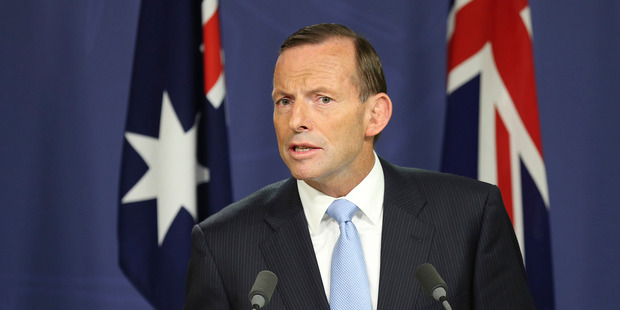 Australia has announced plans for a fleet of giant high-tech unmanned drones to help patrol the nation’s borders, monitoring energy infrastructure and attempts to enter the country illegally.

Prime Minister Tony Abbott said the Triton Unmanned Aerial Vehicles, which can remain airborne for 33 hours, would be based in the southern city of Adelaide.

A report in February said seven of the US-made drones would be purchased for Aus$3 billion, but Abbott said the details of how many and when had yet to be finalised.

“These aircraft will patrol Australia’s vast ocean approaches, and work closely with other existing and future Australian Defence Force assets to secure our ocean resources, including energy resources off northern Australia, and help to protect our borders,” he said.

“They will provide the Australian Defence Force with unprecedented maritime surveillance capabilities, operating at altitudes up to 55,000 feet (16,800 metres) over extremely long ranges while remaining airborne for up to 33 hours.”

Australia, a close ally of the United States, is expected to use the drones to patrol far over the Indian Ocean, which has become one of the world’s most vital energy supply routes.

They could also be used to detect illegal fishermen and asylum-seekers, who frequently enter Australian waters to the north on rickety boats, usually setting sail from Indonesia and Sri Lanka.

The announcement comes just weeks after Canberra said it would buy eight new Poseidon aircraft for Aus$4 billion to form the core of its surveillance and maritime strike capacity for decades to come.

“Given that Australia has responsibility for something like 11 per cent of the world’s oceans, it’s very important that we’ve got a very effective maritime surveillance capability,” Abbott added.

The use of large unmanned aircraft patrolling the nation’s borders has been mulled for a decade but the previous Labor government would not sign off on the concept as it reportedly believed the technology was not mature enough.