Even as Russia has officially deployed its military to the Ukraine, its unofficial involvement in The Crimean was well known for days. A much more notable development would be if protesters in the pro-Russian eastern part of the country were to seize control of the second largest city in the Ukraine, Kharkiv, located just miles from the Russian border as this would quickly give Russia a foothold into the east of the nation with the tactical escalation abilities such a takeover would entail. Which is why the following clip of pro-Russian protesters storming the city administration in Kharkiv is of importance: should Ukraine lose control of the city, or is forced to use troops against the people, it would be just the pretext Russia needs to “defend” citizens in this part of the country, the same argument it used for military intervention in the Crimean.

The UNIAN news agency said thousands of people had gathered outside the building during a protest against the country’s new leaders who ousted President Viktor Yanukovich a week ago.The violence signalled that Ukraine’s new leaders could face a challenge in mainly Russian-speaking regions that oppose the largely pro-Western course charted by the newly installed government.

Kharkiv is not the only place where Pro-Russian forces are finally speaking up.

The leaders of Crimea, a Black Sea peninsula with an ethnic Russian majority that is home to a Russian naval base, say they have joined forces with Russian servicemen to exert control over key buildings.

Russian parliament has approved a proposal by President Vladimir Putin to deploy troops in Ukraine.

Protests against the new authorities also took place on Saturday in other cities, including Odessa, Dnipro and Donetsk, Yanukovich’s home town and power base.

Russian flags are being put up across the east Ukraine (source Venoru): 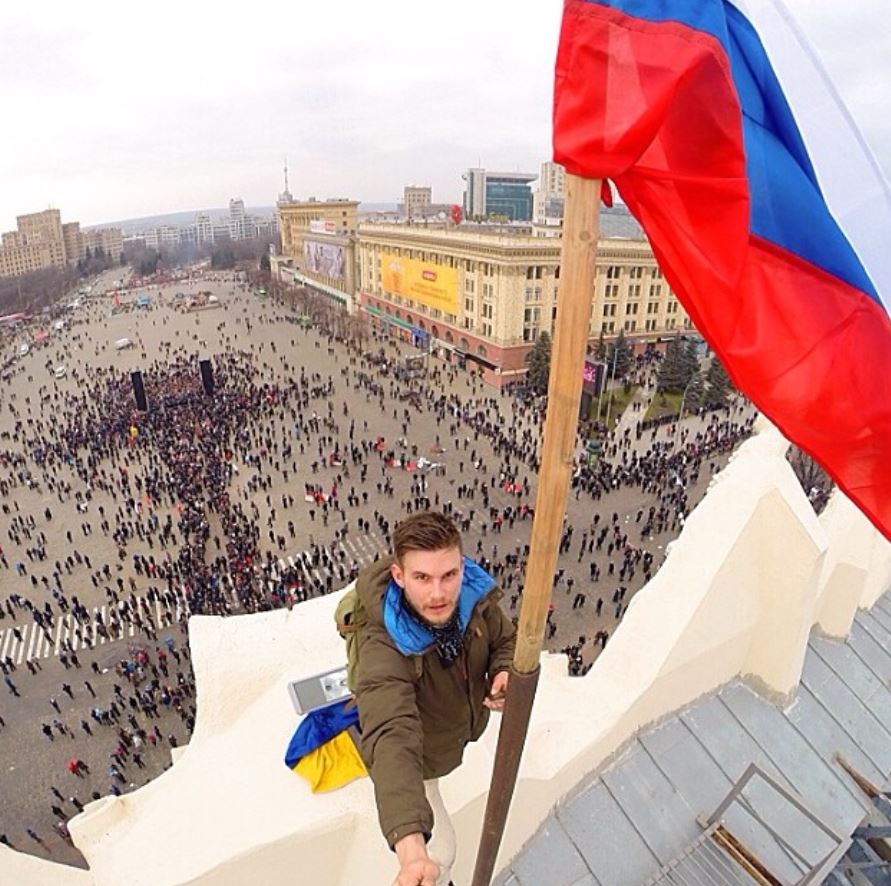 And in other news, Ukrainian boxer, vocal leader of the EuroMeidan opposition movement and potential future president, Vitali Klitschko just called for a general mobilization. After all he has the most to lose if the countercoup quickly sweeps away from power those who organized the original coup in the first place. From Reuters:

Finally, the world’s most useless organizations, the UN and European finance ministers, are pretending to be relevant:

Time for another Obama appearance to explain just what the “costs” that he mentioned are in his opinion. Because Putin seems to have missed the message.